You are here: Home / College News / A step toward a more efficient way to make gene therapies to attack cancer,... 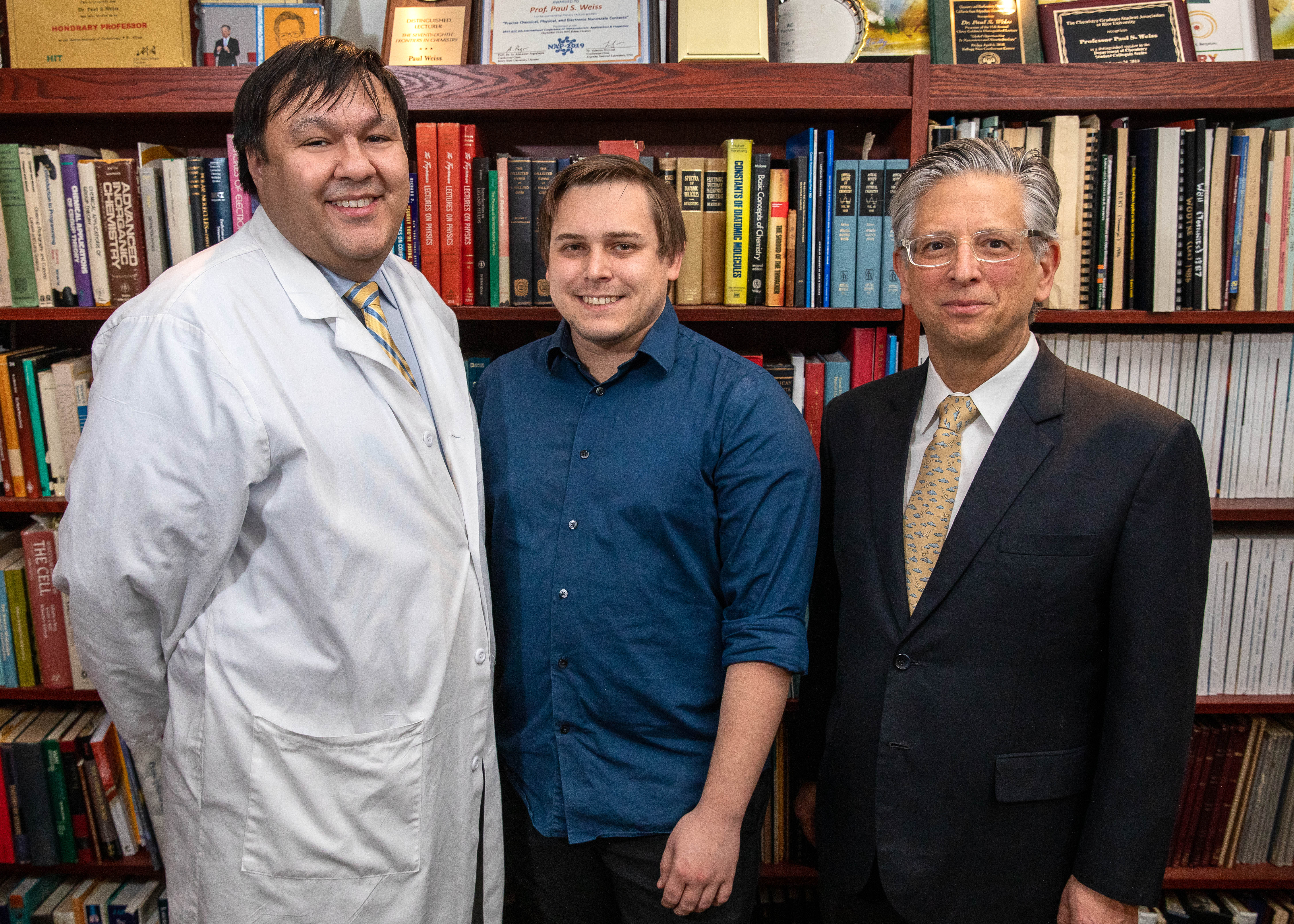 A UCLA-led research team today reports that it has developed a new method for delivering DNA into stem cells and immune cells safely, rapidly and economically. The method, described in the journal Proceedings of the National Academy of Sciences, could give scientists a new tool for manufacturing gene therapies for people with cancer, genetic disorders and blood diseases.

The study’s co-senior author is Paul Weiss, a UCLA distinguished professor of chemistry and biochemistry, of bioengineering and of materials science and engineering. “We are figuring out how to get gene-editing tools into cells efficiently, safely and economically,” he said. “We want to get them into enormous numbers of cells without using viruses, electroshock treatments or chemicals that will rip open the membrane and kill many of the cells, and our results so far are promising.”

In current practice, cells used for genetic therapies are sent to specialized labs, which can take up to two months to produce an individualized treatment. And those treatments are expensive: A single regimen for one patient can cost hundreds of thousands of dollars.

“We hope our method could be used in the future to prepare treatments that can be performed at the patient’s bedside,” Weiss said.

The method could be used with CRISPR, the genetic engineering technique that enables DNA to be edited with remarkable precision. However, using CRISPR efficiently, safely and economically in medical therapies has proven to be a challenge — one this new method may be able to solve.

The technique uses high-frequency acoustic waves coupled with millions of cells that flow through an “acoustofluidic device” in a cell culture liquid. The device was invented by the research team as part of the study; inside of it are tiny speakers that convert electrical signals to mechanical vibrations that are used to manipulate the cells.

That procedure opens up pores along the cells’ membranes that allow DNA and other biological cargo to enter the cells, and it enables the researchers to insert the cargo without the risk of damaging the cells by contacting them directly.

Dr. Steven Jonas, the study’s co-senior author and a UCLA clinical instructor in pediatrics, likened the soundwaves’ ability to move cells to the experience when audience members actually feel the sound at a concert.

The researchers delivered short strands of DNA called plasmids into human blood cells and blood-forming stem cells that were intended specifically for laboratory research, and pumped millions of such cells through the acoustofluidic device. Once inside a cell, a plasmid can be made into a protein that may be missing or damaged, or it can give the cell new capabilities.

“When combined with new gene-editing approaches, the method enables us to correct a DNA sequence that is miscoded in a disease,” said Weiss, who also is a member of CNSI.

Plasmids used as templates for gene editing can make the correction because they have the right coded sequence for the desired protein, he explained.

Lead author Jason Belling, a UCLA graduate student in chemistry and biochemistry, was able to insert plasmids into the model cells used for testing about 60% of the time, without using any chemical and physical treatments.

“The viability is very high compared with other techniques,” Weiss said, “but we still want higher efficiencies and are working toward that.”

Jonas — whose expertise is in treating childhood cancer and blood disorders — said the research has the potential to benefit adults and children with cancer, immune system disorders and genetic diseases.

“If the delivery works, and it seems to, this research is an important step toward bringing new therapies more broadly to the patients who need them,” Jonas said. “Traditionally, we have treated cancers with chemotherapy, surgery, radiation and bone marrow transplantations. Now, we’re at an amazing era of medicine, where we can use different types of gene therapies that can train the immune system to fight cancer.” 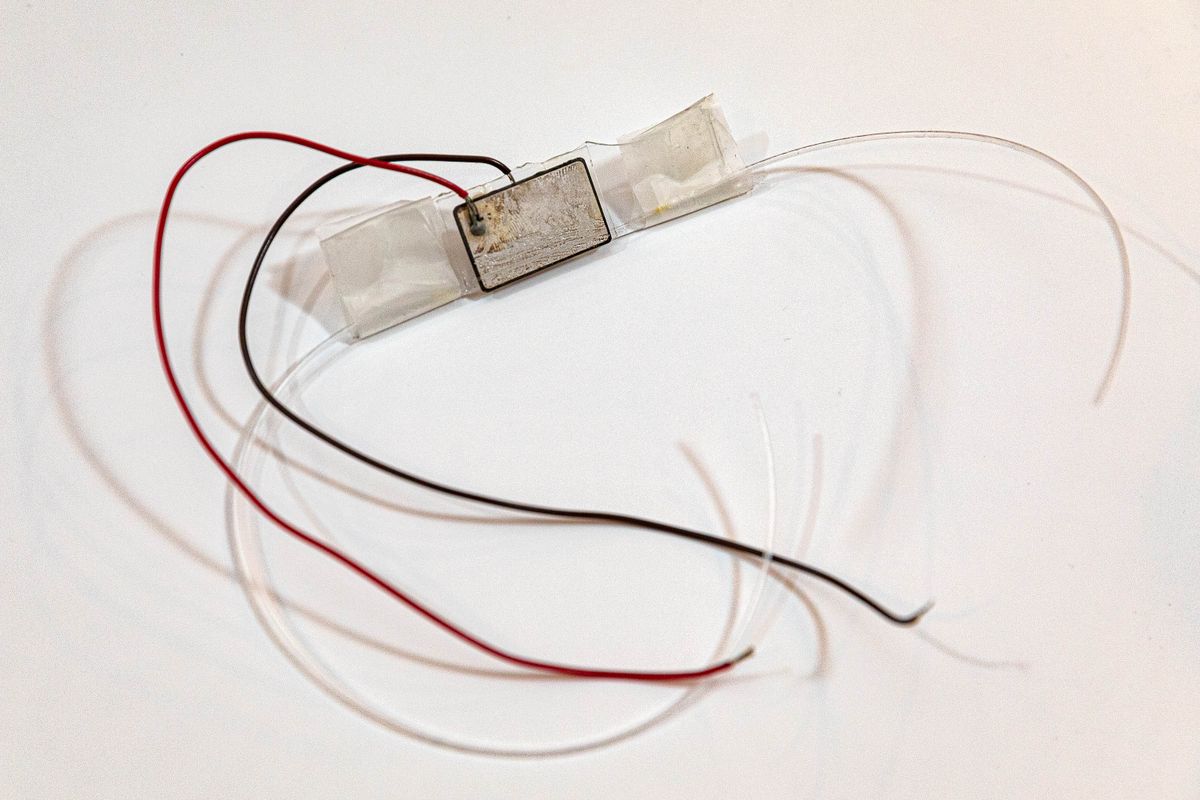 Jonas said some existing treatments can take a patient’s T cells and adapt them with a gene that encodes for a receptor that allows it to target the cancer.

“We want to be the delivery service that gets these therapeutic packages to the cells,” he said. “I want to treat my patients with cells that are engineered in this way.”

For the technique to lead to viable treatments for disease, it would need to allow doctors  to process at least a couple hundred million cells — and in some cases, billions of cells — safely, rapidly and cost-effectively for each patient.

The new approach is still the subject of research and is not available to treat human patients.

The study’s other co-authors include Duke University professor Tony Huang, a pioneer of acoustofluidics and a UCLA alumnus; Dr. Stephen Young, distinguished professor of medicine and human genetics at the David Geffen School of Medicine at UCLA; and Dr. Satiro De Oliveira, a UCLA assistant professor of pediatrics.

Weiss’ research group has applied for patents on the acoustofluidic device and related devices, working with the Technology Development Group. 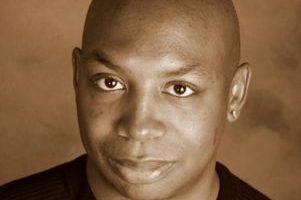 In memoriam: Professor Mark Sawyer, a champion for access and diversity