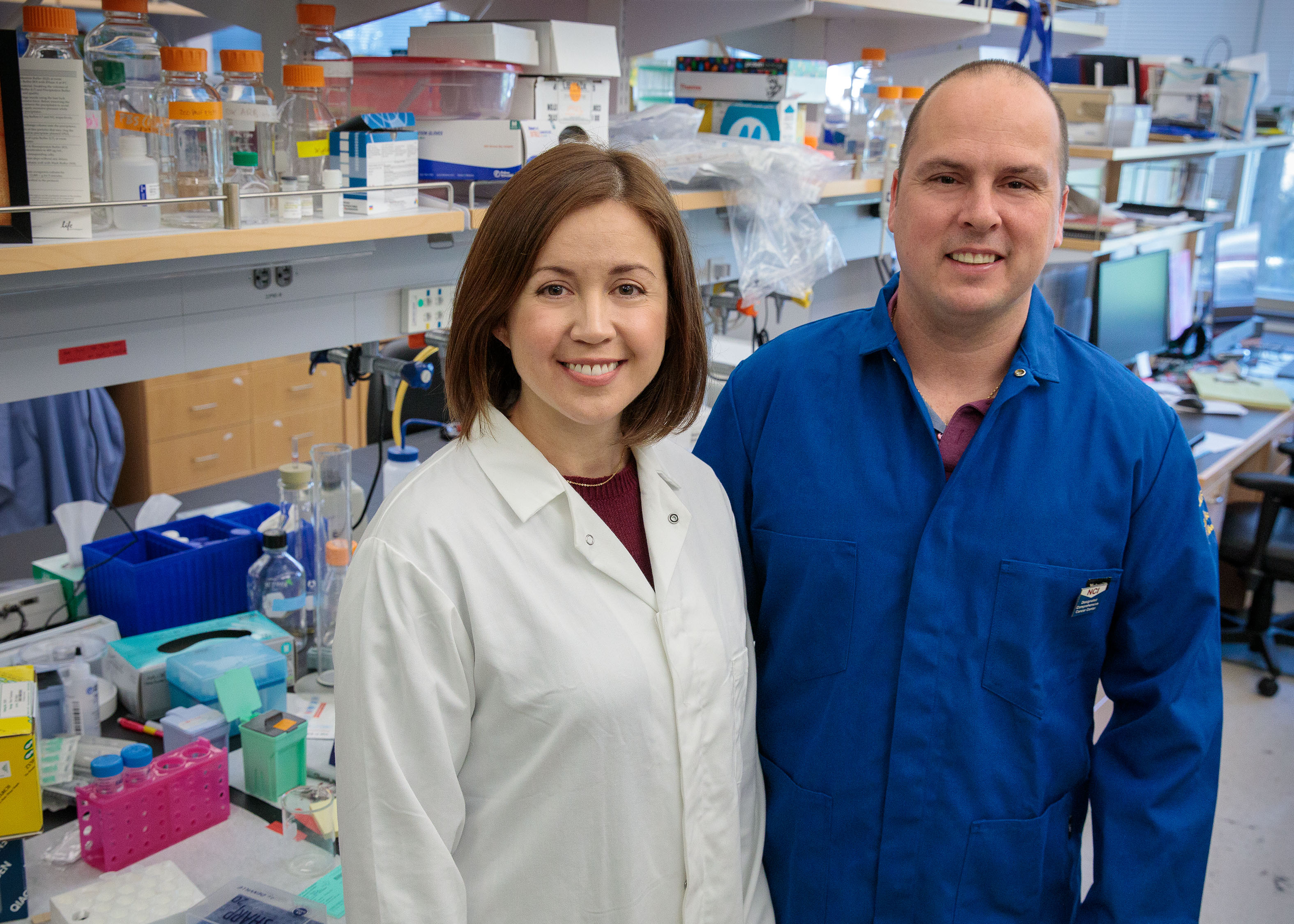 Can women in menopause get the benefits of hormone replacement therapy without the risks? A new UCLA study conducted with mice points in that direction, but additional research is necessary.

Women commonly experience hot flashes and weight gain, among other changes, during and after menopause. Hormone therapy, which gives women additional estrogen, can help alleviate some of these symptoms, but it has been linked to a higher risk of heart disease and breast cancer.

UCLA life scientists now report that a gene called reprimo, which is expressed by certain neurons in the brain, may play a role in menopause-related weight gain, a phenomenon not linked to increased eating. Their findings are published today in the journal Nature Metabolism.

“We want to figure out which neurons are mediating the beneficial portions of hormone therapy and mimic them without hormones,” said senior author Stephanie Correa, a UCLA assistant professor of integrative biology and physiology and a member of UCLA’s Brain Research Institute. “Hormone therapy can be beneficial, but it treats the entire brain and body with hormones. We may be able to bypass the hormone. That’s our goal, and it’s a big one. We haven’t achieved it yet, but we’re learning.”

Correa and her research team show that the reprimo gene is important for regulating temperature. Changes in temperature are known to affect body weight and may contribute to the weight gain often seen in menopause.

“It’s possible that reprimo is involved in the weight gain that accompanies menopause,” said co-lead author Edward van Veen, a project scientist in Correa’s laboratory. “If equivalent neurons exist in humans and we can find some way to tweak them, it might relieve much of the weight gain without the side effects of hormone therapy.”

A brain region called the hypothalamus is essential for survival in many species, from mice to humans; it controls eating, drinking, reproduction and body-temperature regulation, among other vital functions. Correa and her research team studied dozens of genes in the hypothalami of more than 50 mice, both female and male, starting at about eight weeks of age, shortly after they reach reproductive age.

The team used a technique known as single-cell RNA-seq, which allows biologists to study individual cells one at a time, to investigate which neurons in an area of the hypothalamus known as the ventromedial hypothalamus might mediate these different functions.

The biologists were most interested in neurons that have estrogen receptors. These receptors bind to the hormone and are subsequently able regulate to the activity of specific genes in the neuron, a process known as gene expression. The team’s most significant findings centered on the reprimo gene, which is expressed in one group, or population, of these estrogen-responsive neurons, restricted almost entirely to females.

“We were excited to find not only populations of estrogen-responsive neurons but also differences in these populations between males and females,” said co-lead author Laura Kammel, a former UCLA doctoral student in Correa’s laboratory.

“The difference between females and males in reprimo in the ventromedial hypothalamus is like night and day,” Correa said. “The females express a ton of it, and males express little, if any, reprimo in this brain region. Of the dozens of genes I have studied in this region, this is easily the strongest sex difference I have ever seen.”

In a series of experiments, the biologists interfered with the function of reprimo in the ventromedial hypothalamus in about two dozen mice. In one experiment, they shut off reprimo in female mice by using an RNA molecular compound that interferes with how the gene works in neurons. In another, they increased reprimo expression in male mice by removing an estrogen receptor from the neurons. In both cases, body temperature changed substantially, demonstrating a link between reprimo’s role in temperature and the effects of estrogen.

“We know that reprimo is important in regulating body temperature, but we don’t know what it is actually doing in neurons,” van Veen said. “We want to find out.”

Correa and her team also report that estrogen acts on another gene, Tac1, that is significantly increased in the ventromedial hypothalamus of female mice, although the difference is not nearly as dramatic as with reprimo. Tac1 has been shown to promote physical activity in female mice.

Estrogen receptor alpha, one of three estrogen receptors, is found in neurons in the same region of the ventromedial hypothalamus as Tac1 and reprimo. When the researchers removed that estrogen receptor, they found it led to obesity and reduced movement in female mice.

The results, the researchers said, not only aid in their understanding of the interplay between genes and estrogen but may also have implications for understanding obesity.

“Our findings suggest reprimo is controlling some of the effects of estrogen on temperature,” Correa said. “If it is controlling the beneficial effects, then maybe we can manipulate it — with a drug that targets reprimo or the neurons that express reprimo — as an alternative to hormone therapy and get around the requirement for estrogen. We are studying the brain in a nuanced way and trying to learn which cells or which genes are important to target for potential therapies.”