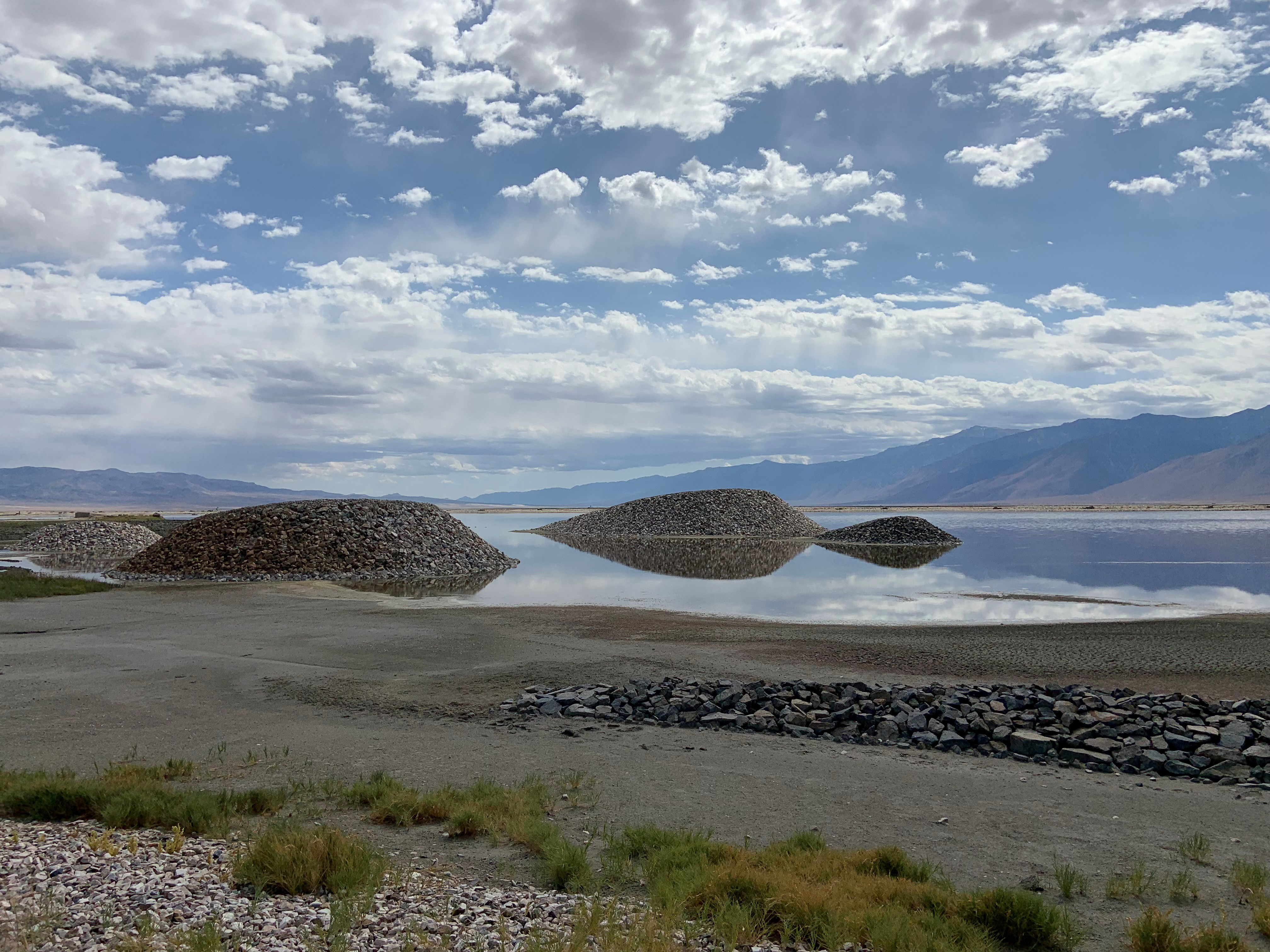 The century-long battle over water between California’s Owens Valley and Los Angeles is nothing short of epic.

In 1974, the conflict was immortalized in the film “Chinatown.” The latest chapter comes in a more stoic but important form: a 157-page report from the National Academies of Sciences, Engineering and Medicine. The publication was created by a panel of experts that includes UCLA atmospheric dust specialist Gregory Okin.

Beginning in the late 1800s, William Mulholland quietly bought up land and water rights in Owens Valley, and in 1913, he started delivering the water from Owens Lake 233 miles south via aqueduct to a fast-growing Los Angeles.

The population of Los Angeles was 102,000 in 1910, but it had reached 319,000 in 1920 and then soared to 2 million by the middle of the century. Owens Valley, its lake drained of water, had become the largest source of dust in North America.

That dust included particulate matter measuring 10 micrometers or less in diameter, pollution that gets deep into people’s lungs and causes respiratory problems, particularly for sensitive groups. Ranchers, indigenous people and other residents of the valley were incensed, having lost their water and gained unhealthy air in its place.

The National Academies’ peer-reviewed report comes following decades of litigation that required the Los Angeles Department of Water and Power to take actions to mitigate the dust problem. Over the past two decades, the department has spent $2 billion on the effort.

And researchers found good news: Efforts between the department and Great Basin Unified Air Pollution Control District to control the issue have gone well. The work includes using gravel, managed vegetation and shallow flooding to mitigate dust. The air pollution district is a government agency responsible for protecting air quality in the east-central part of the state, near the Nevada border. It battled the Department of Water and Power in court for decades, but outside the courtroom the relationship is less contentious.

“The teams of people working on the ground together have been very successful,” said Okin, who is also a member of the UCLA Institute of the Environment and Sustainability. “There are still air quality exceedances that occur, but they are drastically smaller in magnitude and frequency than they were prior to 2000.”

That doesn’t mean there isn’t room for improvement. The report also recommended that processes for minimizing dust established 20 years ago should be updated with new technology and processes that would also help save water and power and preserve cultural and aesthetic values.

“Despite the fact that they’ve done a great job, they’ve done it in an ad hoc manner,” Okin said, referring to the two agencies. “There’s not a lot of logic as to what is being done and where.” 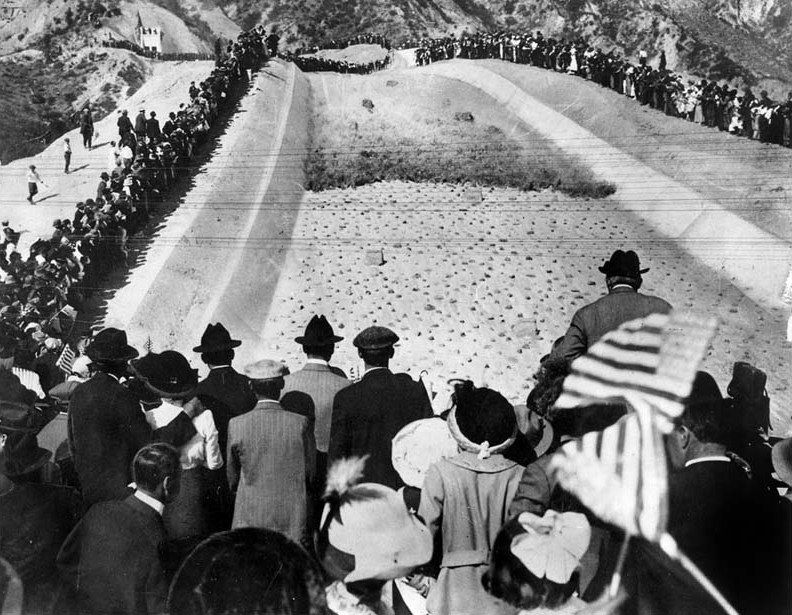 A crowd of 30,000 watched the first water cascade through the aqueduct in the San Fernando Valley. (Photo Credit: Courtesy of waterandpower.org)

The methods workers can use to mitigate dust are strictly controlled by a series of legal agreements. And testing new methods poses a challenge, because testing is prohibited in the areas of the valley in which dust pollution has been substantially controlled.

“The only place you can test new measures is in areas that don’t need to be controlled, which is crazy,” Okin said.

The report suggests that the air pollution control district and the Department of Water and Power work together to redesign the entire system of dust control in the lakebed.

“The current work is probably using more water, power and heavy machinery than it needs to,” Okin said.

Better managing the area could also be a boon for wildlife. Currently, one of the main approaches to mitigating dust in the area is to plant grass, which requires a lot of irrigation. Okin suggested other native species could replace grass in some areas, which would save water and create new living spaces for birds, rare aquatic life and other species wildlife.

The report also notes that planning for future efforts must account for also climate change, which is projected to increase temperatures and make precipitation patterns and dry spells more extreme. The 2017 rainy season, for example, flooded the valley with more water than the Los Angeles Aqueduct could take, causing water levels in the mostly-dry lake to rise substantially.

The competing interests of the two main players could make it difficult to improve the situation further, Okin said. While the air pollution control district is primarily interested in dust mitigation, the Department of Water and Power cares mostly about conserving water as a resource. Bringing new efficiency and sustainability to the process would likely require further involvement of third parties such as the academies that created the report.

It’s been more than a century since Mulholland said, “There it is, take it,” as the first Owens Valley water flowed through the aqueduct into Los Angeles. Now, the question is how the next century of this drama, which affects the lives of millions, will unfold.