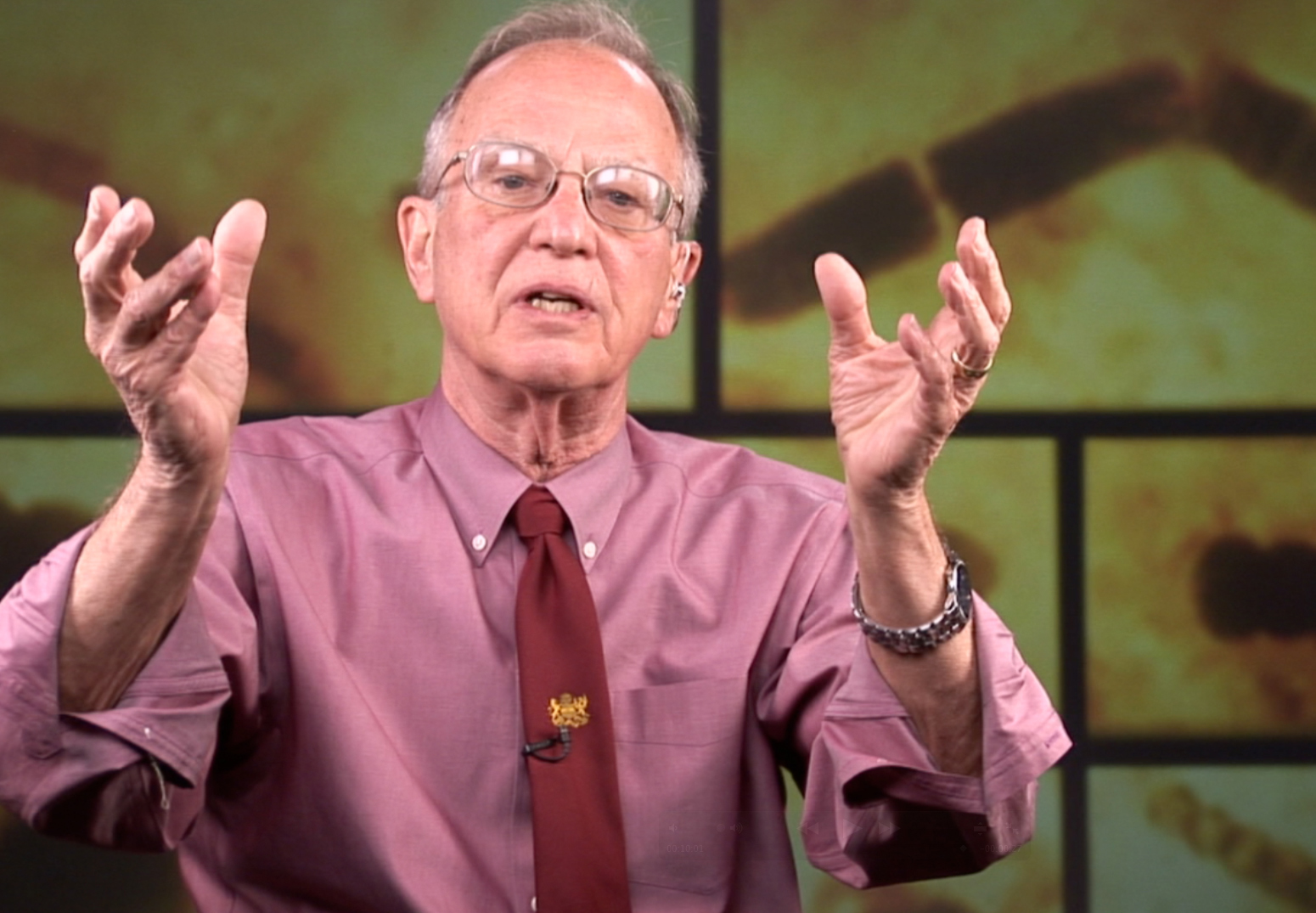 Paleobiologist J. William Schopf — now in his 52nd year as a UCLA faculty member — did not let scientists or others discourage him from his mission to uncover the earliest history of life. Photo Credit: UCLA

Paleobiologist J. William Schopf — in his 52nd year as a UCLA faculty member — has been on a quest. For decades, he and an international team of scientists have worked to fill a black hole of knowledge about Earth’s earliest history of life.

His pursuit began in 1960, when Schopf — then an undergraduate at Oberlin College in Ohio — took an introductory historical geology course. He had been learning a great deal through his textbooks and professors about the most recent 500 million years of Earth’s history, but could find virtually nothing about the Earth’s first 4 billion years. His professor mentioned that the earliest history of life, now known to be at least 85% of life’s history, was unknown. Schopf decided that day this was a problem he could solve.

He recalls thinking that evolution was a fact, not a fable, so the missing record of life didn’t make sense. Schopf went to his dormitory and read his copy of Charles Darwin’s 1859 classic, “On the Origin of Species.” Darwin stated that there is no known evidence of life before the oldest animal fossils from roughly 500 million years ago, and considered this an inexplicable hole in his theory of evolution. Why was there a complete absence of any record of life more than 500 million years ago?

Schopf said this enormous gap in knowledge was as if U.S. history began in the late 1960s and all earlier history had been wiped out — the Declaration of Independence, the Constitution, George Washington, the Civil War, electricity, telephones, the Great Depression, two World Wars, the Atomic Age and so much more.

During his college years, his father’s friends and other professionals tried to discourage Schopf from attempting to uncover life’s early fossil record, telling him there had been no meaningful progress for a century and that it was nearly certain he would fail. But he persisted and succeeded. He shares his remarkable story, spanning nearly 60 years, in his 2019 book, “Life in Deep Time: Darwin’s ‘Missing’ Fossil Record.” In it, he recounts the discoveries that reveal the earliest history of life.

Schopf, director of UCLA’s Center for the Study of Evolution and the Origin of Life, and his colleagues have produced the most comprehensive information about life’s ancient history, from the formation of our planet 4.6 billion years ago to events half-a-billion years ago.

What significant events occurred in that first 85% of the Earth’s history? Among many other things, the first living organisms, the modern food chain, photosynthesis, the development of the atmosphere and oceans, and various types of cell division all date from this enormously long period of time.

The story of the Earth’s earliest history and the life it harbored is detailed in two books Schopf edited. “Earth’s Earliest Biosphere: Its Origin and Evolution,” published in 1983, spans the earliest 2 billion years of Earth’s history, and “The Proterozoic Biosphere: A Multidisciplinary Study,” published in 1992, focuses on the next 2 billion years. Some scientists have referred to these books as the Old Testament and the New Testament. Each received an award from the American Association of Publishers the year it was published.

Schopf and his colleagues collected and analyzed hundreds of ancient rocks from Australia, China, the United States, Europe, what was then the Soviet Union and elsewhere. They produced a vast ancient-fossil record that tells the history of the Earth’s first 4 billion years and changed our understanding of how evolution works.

Schopf joined UCLA’s faculty in 1968 at age 26, and was promoted to full professor five years later. In 1977, he received the National Science Foundation’s Alan T. Waterman Award as the outstanding young scientist in the nation. He has won seven medals from national and international scientific societies, and has been elected as a member of the country’s most prestigious scholarly honorific societies. He is a professor in UCLA’s department of Earth, planetary and space sciences.

In 2002, Schopf and colleagues substantiated the biological origin of the earliest known cellular fossils, which are nearly 3.5 billion years old.

He and colleagues presented a new analysis in 2017 of these 3.5-billion-year-old fossil microorganisms, which provided strong evidence to support the increasingly widespread understanding that life in the universe is likely common.

“By 3.465 billion years ago, life was already diverse on Earth — that’s clear,” Schopf said in 2017. “This tells us life had to have begun substantially earlier and it confirms that it was not difficult for primitive life to form and to evolve into more advanced microorganisms.”

In his 2019 book, he writes, “Clearly, primordial life evolved earlier, farther and faster than had ever been imagined.”

In 2015, Schopf was part of an international team of scientists that discovered the greatest absence of evolution ever reported — deep-sea microorganisms that appear to have not evolved over more than 2 billion years.

In the new book, he also writes about the NASA scientists who claimed in 1996 that they had found evidence of life on Mars in a meteorite that landed in Antarctica 13,000 years earlier. Schopf offers a behind-the-scenes look at the events leading to a NASA news conference that year that generated headlines worldwide. Schopf, who first assessed the evidence for life on Mars a year-and-a-half before the news conference, concluded, to put it charitably, that the evidence was inconclusive.

“I want there to be life on Mars more than anyone else,” he had said, “but it doesn’t matter what I want. The evidence isn’t there.”

Looking back at how the decades-long research on the Earth’s “missing” fossil record has changed our understanding of life on Earth, Schopf writes, “While this particular paradigm shift pales in comparison with Copernicus’ realization that the Earth flies around the sun, not the other way around, it too is fundamental, the root of two new fields of science, Precambrian paleobiology and astrobiology.”

At age 78, he continues to work seven days a week, searching for more answers.

Creative thinkers put kindness on the menu at dinner

UCLA raises $5.49 billion in one of most ambitious campaigns ever by a public...
Scroll to top