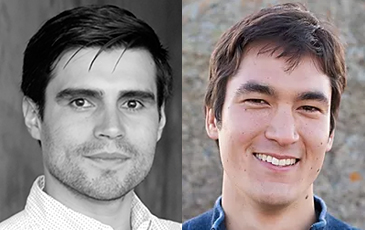 Two young UCLA College professors, and two others, are among 126 scientists and scholars from more than 60 colleges and universities in the United States and Canada selected today to receive 2020 Sloan Research Fellowships. UCLA is tied for fifth — behind only Stanford, UC Berkeley, UC San Diego and the Massachusetts Institute of Technology — in the number of faculty honored this year by the Alfred P. Sloan Foundation, which selects early-career scientists and scholars who are rising stars of science.

“To receive a Sloan Research Fellowship is to be told by your fellow scientists that you stand out among your peers,” says Adam F. Falk, president of the Alfred P. Sloan Foundation. “A Sloan Research Fellow is someone whose drive, creativity and insight make them a researcher to watch.”

Petigura, an assistant professor of physics and astronomy in the UCLA College, studies exoplanets — planets orbiting stars other than the sun — using ground-based and space-based telescopes. “My passion for exoplanets is motivated by a deceptively simple, yet fundamental question: Why are we here?” said Petigura. “Our species has wrestled with this question since antiquity, and it resonates strongly with me.” Exoplanets offer the key avenue toward answering this question, as they inform the otherwise elusive physical processes that led to the formation of the solar system, the formation of the Earth and the origin of life. His group has shown that nearly every sun-like star has a planet between the size of Earth and Neptune — sizes not present in the solar system. “In other words, our solar system is not a typical outcome of planet formation, at least in that one key respect,” he said. As a Sloan Fellow, Petigura plans to study the origin, evolution and fate of these ubiquitous planets.

Rodriguez, an assistant professor of chemistry and biochemistry in the UCLA College, develops and applies new scientific methods in bio-imaging to determine, and provide a deep scientific understanding of, cellular and molecular structures and reveal undiscovered structures that influence chemistry, biology and medicine. His research combines computational, biochemical and biophysical experiments. His laboratory is working to explore the structures adopted by prions — a form of infectious protein that causes neurodegenerative disorders. Prion proteins, like the amyloid proteins associated with Alzheimer’s disease, form large clumps that damage and ultimately kill neurons in the brain. Among his awards and honors, Rodriguez won a 2019 Packard fellowship for Science and Engineering by the David and Lucile Packard Foundation; a 2018 Pew scholar in the biomedical sciences, a 2017 Searle Scholar and a 2017 Beckman Young Investigator by the Arnold and Mabel Beckman Foundation.

Winners of Sloan Research Fellowships receive a two-year, $75,000 award to support their research. The fellowships are intended to enhance the careers of exceptional young scientists and scholars in chemistry, computer science, economics, mathematics, computational and evolutionary molecular biology, neuroscience, ocean sciences and physics. The Sloan Foundation, which is based in New York, was established in 1934.

Esmeralda Villavicencio Is Working to Make Disease and Infertility a Thing of...
Scroll to top