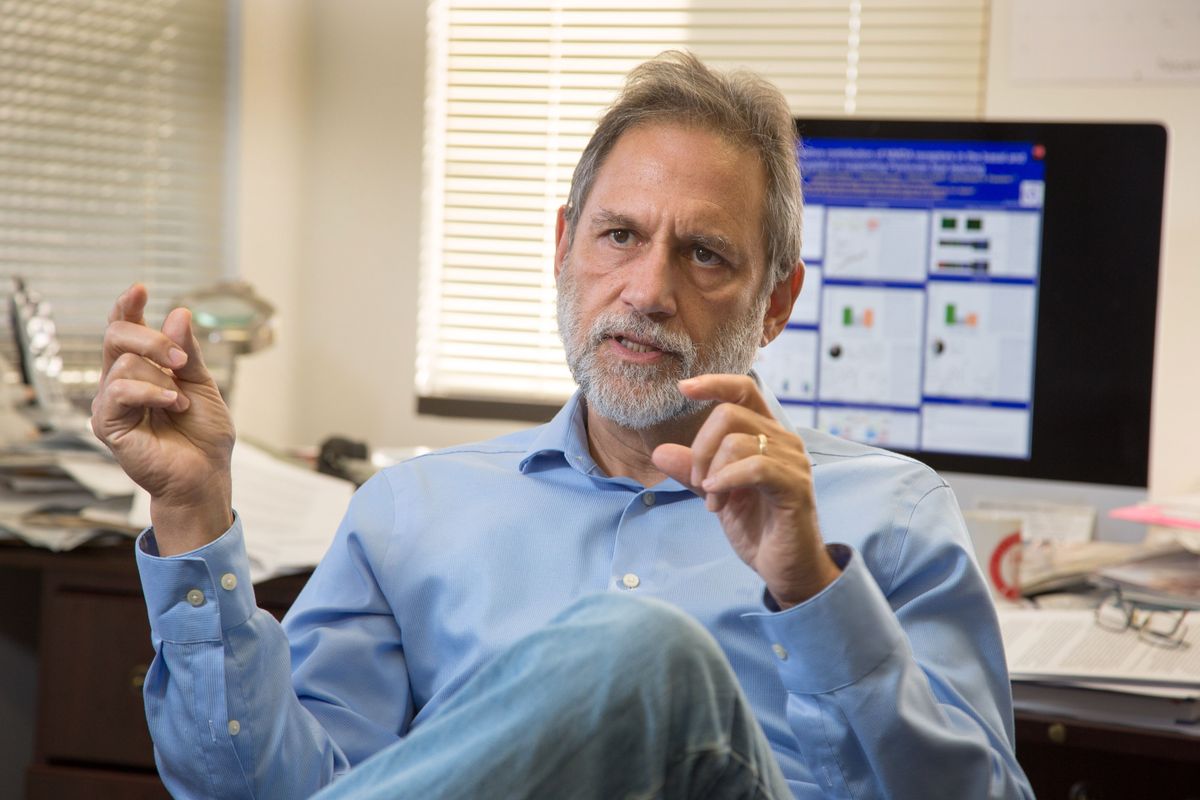 While opioids are often prescribed to treat people with trauma-related pain, a new UCLA-led study suggests doctors should use caution before prescribing the drug to those they believe may experience severe stress in the future, in order to reduce the risk the patient will develop PTSD.

In the study, researchers administered doses of the opioid morphine to a group of 22 mice for one week, then gave the mice relatively strong foot shocks. After the morphine wore off, the mice were given mild electric foot shocks. These mice showed a substantially longer “freezing response” than a second, control group of 24 mice that had not been given morphine. When mice recall a frightening memory, they freeze. Their heart rates and blood pressure go up, and the more frightening the memory, the more they freeze.

“While we are generally aware that drug use, such as that in the current opioid crisis, has many deleterious effects, our results suggest yet another effect — increased susceptibility to developing anxiety disorders,” said senior author Michael Fanselow, UCLA distinguished Staglin family professor of psychology and director of UCLA’s Staglin Family Music Festival Center for Brain and Behavioral Health. “As opioids are often prescribed to treat symptoms such as pain that may accompany trauma, caution may be needed because this may lead to a greater risk of developing PTSD, if exposed to further traumatic events, such as an accident, later on.”

“Our data are the first to show a possible effect of opioids on future fear learning, suggesting that a person with a history of opioid use may become more susceptible to the negative effects of stress,” Fanselow said. “The ability of opioids to increase PTSD-like symptoms far outlasted the direct effects of the drug or withdrawal from the drug, suggesting the effect may continue even after opioid treatment has stopped.”

Fanselow’s view is if there is reason to believe a patient is likely to experience severe emotional stress after opioid treatment, then doctors should use caution about prescribing an opioid. If opioid use is medically called for, then the patient should be kept away from potentially stressful situations. So, for example, a soldier treated with opioids for pain should not be sent back into combat for a period of time, he said. The development of post-traumatic stress disorder requires some stressful experience after opioid use, he said.

The researchers also gave some of the mice morphine after the initial trauma had occurred but before exposing them to the second, mild stressor. They found that mice treated with morphine after the initial trauma did not show enhanced fear learning following exposure to the mild stressor. This finding suggests that chronic use of opioids before — but not after — a traumatic event occurs affects fear learning during subsequent stressful events.

The study is published in Neuropsychopharmacology, an international scientific journal focusing on clinical and basic science research that advances understanding of the brain and behavior.

An opiate is a drug naturally derived from the opium poppy plant, such as heroin, morphine and codeine. Opioid is a broader term that includes opiates and any substance, natural or synthetic, that binds to the brain’s opioid receptors — which play a key role in controlling pain, rewards and addictive behaviors. Synthetic opioids include the prescription painkillers Vicodin and OxyContin, as well as fentanyl and methadone.

Fanselow and colleagues reported last month that a traumatic brain injury causes changes in a brain region called the amygdala; and the brain processes fear differently after such an injury.