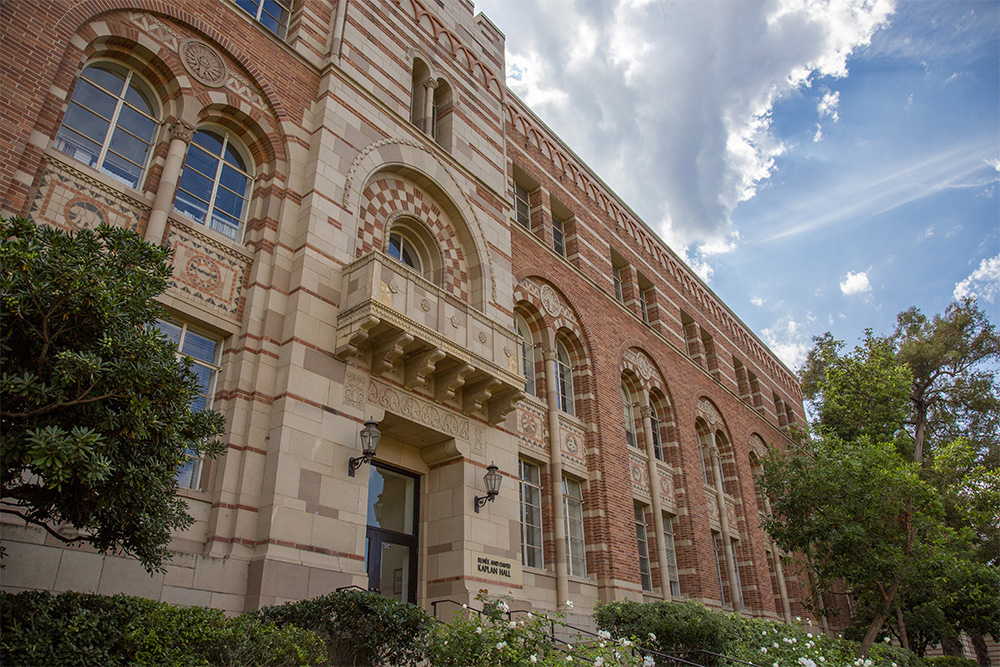 By Margaret MacDonald (Adapted from an article by Megan Reusche)

This year, coinciding with UCLA’s centennial, the Department of Comparative Literature in the UCLA College celebrates 50 years of interdisciplinary and multilingual research and education in literary studies.

Professor emeritus Arnold Band, an expert in Jewish and modern Hebrew literature, helped establish the program in 1969 along with Ross Shideler, whose expertise was in Swedish and French literature. In the 1970s, two more faculty were appointed: Kathleen Komar, distinguished professor, and Katherine King, professor emerita of comparative literature and classics.

Today, the department is home to 24 faculty with literary, cultural and language expertise that spans the globe.

“Languages are the best way to gain a deeper understanding of other cultures and lives,” Shideler said. “It’s nice to read in translation but it’s really amazing if you know the language.”

In the early years, faculty struggled to keep their space on campus and obtain funds for graduate students and programs. The program was authorized as a department in the early 1980s, opening new funding streams that allowed for new faculty hires, curriculum development and increased course offerings.

“It was a challenge convincing the university that comparative literature was a necessary and serious discipline that was different than an individual national literature,” Komar said. “We wanted to ensure that they knew it was crucial to look across national boundaries.”

UCLA’s department has always had diverse and broad expertise, in contrast to more typical comparative literature departments, which are primarily comprised of German, French and English literature scholars. The department also encourages interdisciplinary studies by combining literature with areas such as dance, music and technology.

Band said he is particularly proud of the graduate program.

“We’ve had over 170 graduate students graduate from our department,” he said. “It’s been very satisfying to train them and watch them go out into the world and get good jobs across various fields.”

Shideler said that the curriculum is constantly being updated and expanded into a wider notion of world literature. Faculty must stay up to date with constantly changing critical theories and current events as well as adapt to changes in areas such as close reading, deconstruction and feminist criticism.

And then there’s technology.

“Technology has changed the way we think about the human component in writing literature,” Komar said. “From blogging and internet diaries that can be written based on fan reactions to cybernetic poets like Ray Kurzweil who create machine-generated poetry, how do we define literature moving forward?”