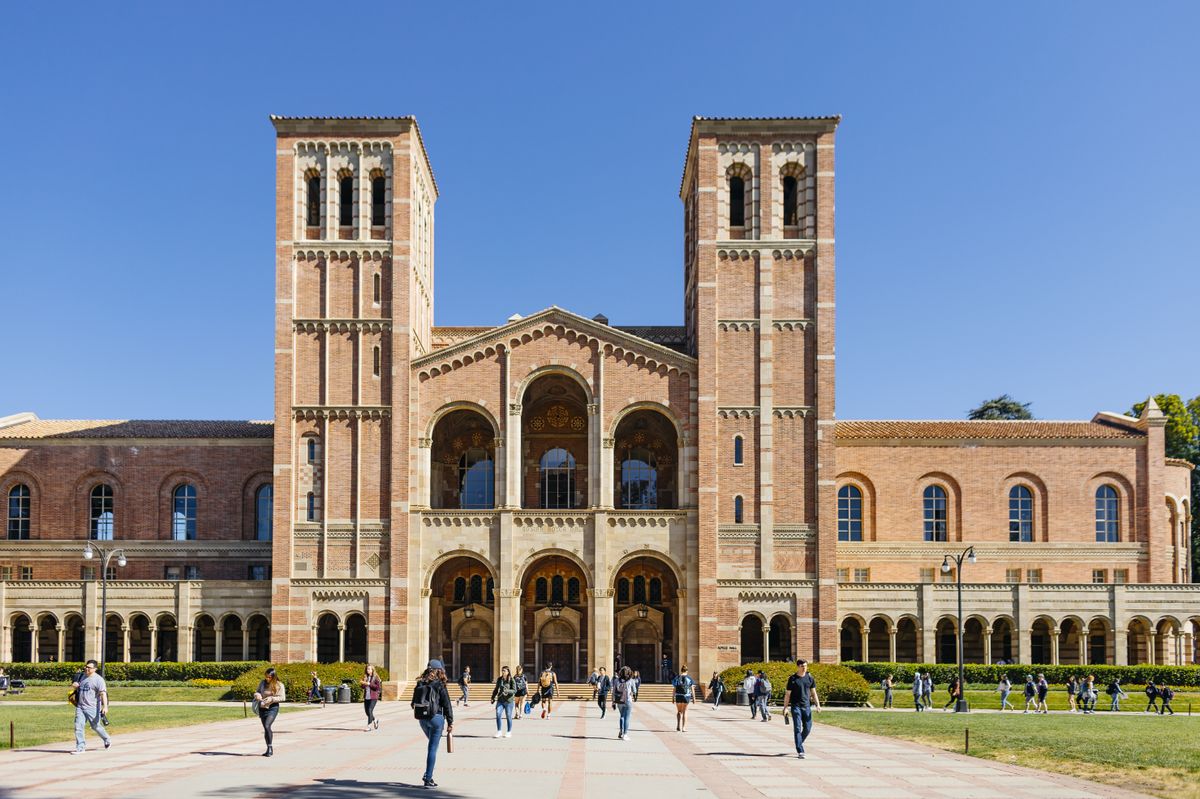 UCLA once again tops the list of U.S. public universities in the U.S. News & World Report “Best Colleges” rankings, which were published today. This is the third year in a row UCLA has captured this honor.

At just 100 years old, UCLA, which placed No. 20 among all private and public institutions, is the youngest of any public or private institution in the ranking’s overall Top 33.

“We are thrilled to once again be ranked the nation’s top public university, particularly as we celebrate our first 100 years,” Chancellor Gene Block said. “Even as UCLA becomes more competitive, we work hard to remain accessible to exceptional students, faculty and staff from all backgrounds who will help ensure our continued success in UCLA’s second century.”

UCLA also excelled in category-specific rankings published as part of the report. UCLA was ranked No. 1 for economic diversity among the top 25 universities, based on the number of undergraduate students receiving Pell Grants (36 percent at UCLA).

In addition, UCLA was named as the No. 1 public institution among the “best colleges for veterans,” and No. 4 among all universities. In 2018–2019, there were 572 members of the military enrolled at UCLA, the highest among the top 26 schools ranked in the category. UCLA is also among the list of colleges where students incur the least amount of debt.

Four other University of California campuses were among the top 10 public universities in the overall rankings: UC Berkeley (No. 2), UC Santa Barbara (7, tied), UC Irvine (9), and UC San Diego (10). UC Davis placed No. 11.

The top 19 institutions on the list are private universities, led by Princeton and Harvard, with Columbia, MIT and Yale tied for third.

The publication’s methodology includes factors that tend to favor private universities, such as endowment size, rate of alumni giving and student-faculty ratio. It also includes data related to academic reputation, student excellence and student retention and graduation rates, with a particular interest in students from lower income households.

Earlier this month, UCLA was named the No. 1 U.S. public institution in the Wall Street Journal/Times Higher Education College Rankings — also for the third year in a row. In addition, UCLA was recently ranked No. 2 among American public universities and No. 11 worldwide among public and private universities in the Academic Ranking of World Universities and the No. 2 U.S. public university (9 overall) in the Times Higher Education Reputation Rankings. In April, UCLA was ranked the No. 4 best-value university by Forbes. 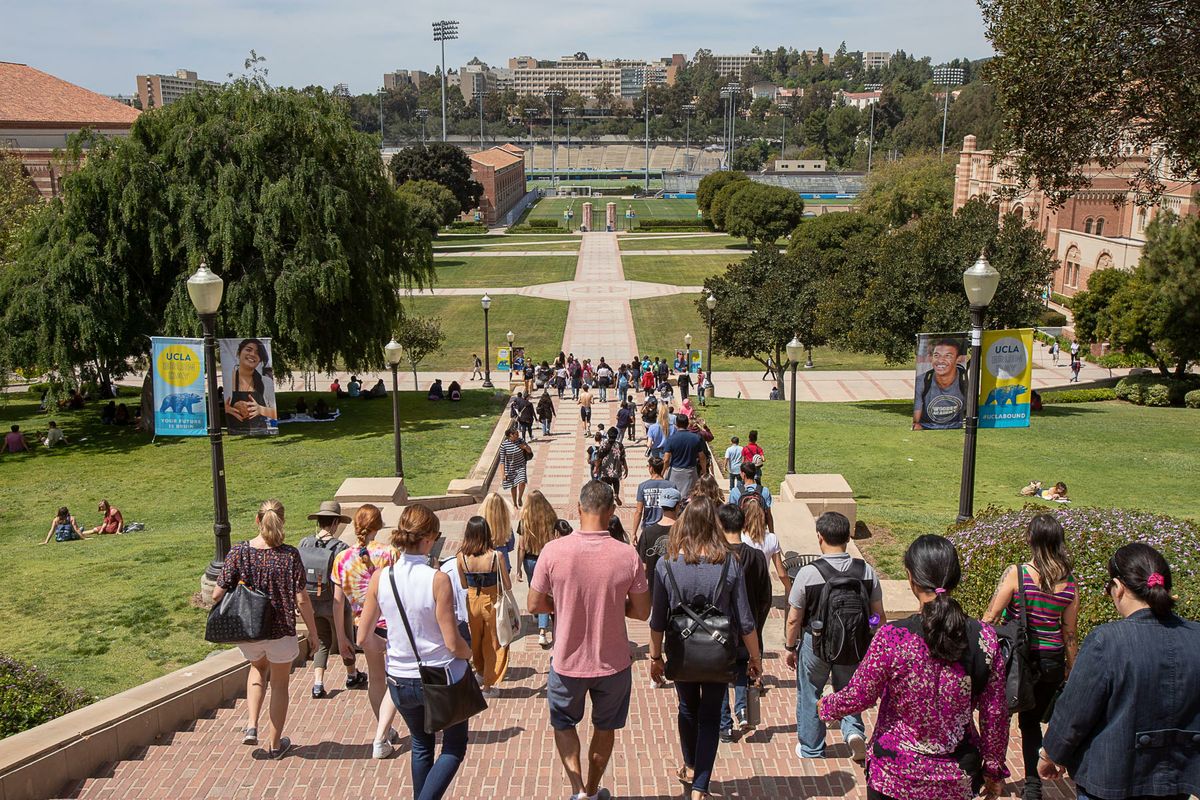 For the third consecutive year UCLA has been selected as the No. 1 public institution in the nation in the Wall Street Journal/Times Higher Education College Rankings.

In addition, of the more than 800 public and private institutions that were assessed, UCLA placed fifth among all public and private colleges in the area of environment, No. 11 overall in the engagement category, No. 16 in terms of outcomes, and No. 25 overall.

The rankings focus on student success and learning in four key areas: student resources, student engagement, educational outcomes and learning environments. The results are based on data from the Times Higher Education U.S. Student Survey, which collected the opinions of more than 170,000 current university students, government data sources and findings from the Times Higher Education Academic Reputation Survey.

Leading the overall list of colleges were Harvard (No. 1), the Massachusetts Institute of Technology (No. 2) and Yale (No. 3). Among leading public universities, UCLA was followed by the University of Michigan, second (No. 27 overall), and the University of North Carolina, Chapel Hill, third (No. 33).

Other University of California campuses included in the Top 10 public universities were UC Berkeley, fourth (No. 34 overall), followed by UC Davis, fifth (No. 36), and UC San Diego, sixth (No. 37).

UCLA consistently performs well in multiple rankings regardless of methodology or criteria. In 2018, UCLA was named the No. 1 U.S. public university in both the U.S. News & World Report’s Best Colleges ranking and Wall Street Journal/Times Higher Education survey. UCLA was also named the No. 2 U.S. public university (17 overall) by Times Higher Education in its 2019 World University Rankings and No. 2 (No. 9 overall) in its 2019 World Reputation Rankings.

UCLA College senior Maripau Paz has been selected as the first ever recipient of the 2019-2020 Arthur Ashe Jr. Scholarship, established to recognize and support students who exemplify the attributes, values, commitment to service and pioneering spirit of the legendary Arthur Ashe ’66.

Since arriving at UCLA as a first-generation college student, Paz has committed herself to inspiring others on campus. Paz has worked in various leadership roles to aid student retention and enhance the undergraduate experience for her peers at UCLA, all while pursuing a double major in political sciences and global studies.

Paz spent three years as the head administrative clerk for New Student Programs in UCLA’s Academic Advancement Program, a federally funded diversity-outreach program that supports low-income students, students of color, first-generation students, and students with disabilities, by connecting them to the resources they need to succeed. In addition, she served for two years as a new student advisor for the incoming Freshman and Transfer Student class, providing academic counsel to more than 200 students and their families.

Paz also served as professional outreach director in the Student Alumni Association, where she helped prepare students for the world post-graduation by hosting workshops on resume building, applying for internships and interview skills. During her senior year, Paz is serving as executive director of the professional development committee on the board of directors for the Student Alumni Association.

On the academic front, Paz presented her research on immigration and public opinion at UCLA’s Undergraduate Research Week in May and is starting work on an honors senior thesis that will further expand on this topic. Following graduation, she plans to pursue a joint Law and Master’s degree in Public Policy and work on issues pertaining to human rights, refugees and immigrant communities. 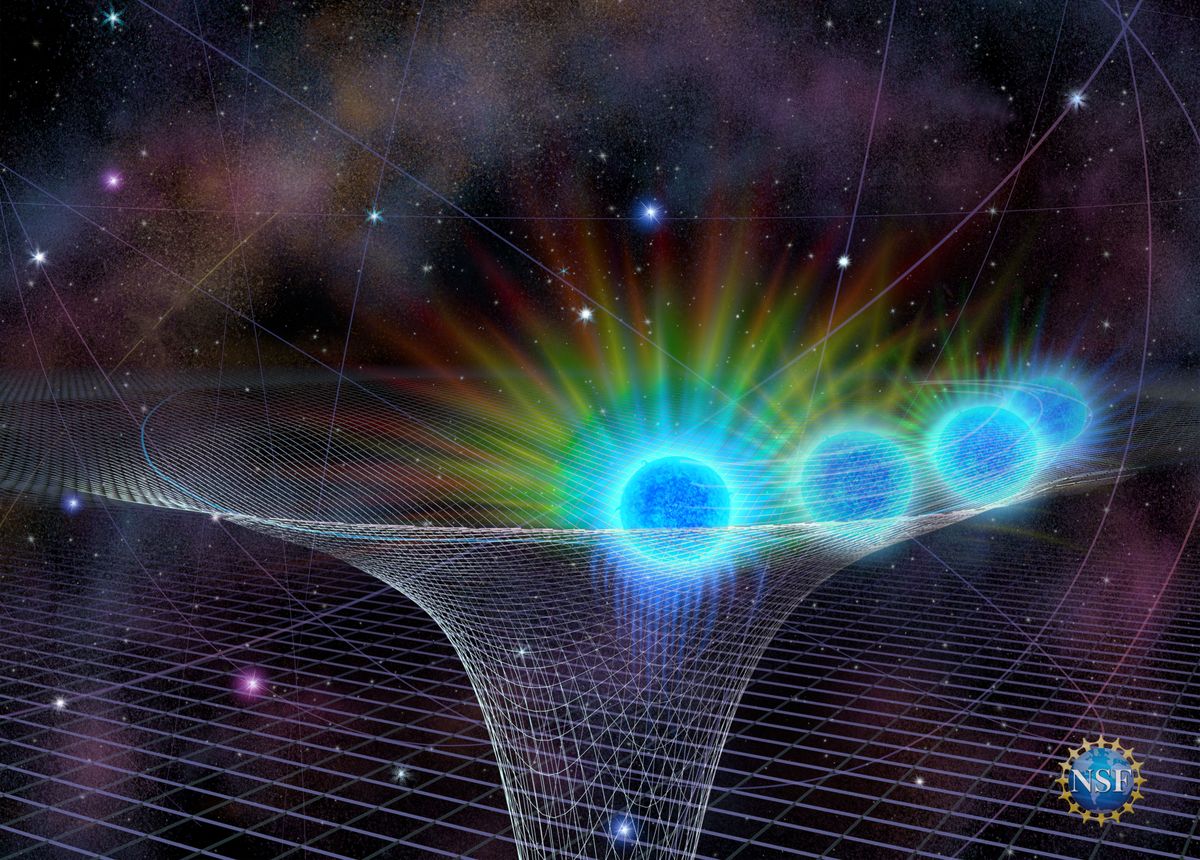 Rendering of a star called S0-2 orbiting the supermassive black hole at the center of the Milky Way. It did not fall in, but its close approach could be one reason for the black hole’s growing appetite. Photo credit: Nicolle Fuller/National Science Foundation

The enormous black hole at the center of our galaxy is having an unusually large meal of interstellar gas and dust, and researchers don’t yet understand why.

“We have never seen anything like this in the 24 years we have studied the supermassive black hole,” said Andrea Ghez, UCLA professor of physics and astronomy and a co-senior author of the research. “It’s usually a pretty quiet, wimpy black hole on a diet. We don’t know what is driving this big feast.”

A paper about the study, led by the UCLA Galactic Center Group, which Ghez heads, is published today in Astrophysical Journal Letters.

The researchers analyzed more than 13,000 observations of the black hole from 133 nights since 2003. The images were gathered by the W.M. Keck Observatory in Hawaii and the European Southern Observatory’s Very Large Telescope in Chile. The team found that on May 13, the area just outside the black hole’s “point of no return” (so called because once matter enters, it can never escape) was twice as bright as the next-brightest observation.

They also observed large changes on two other nights this year; all three of those changes were “unprecedented,” Ghez said.

The brightness the scientists observed is caused by radiation from gas and dust falling into the black hole; the findings prompted them to ask whether this was an extraordinary singular event or a precursor to significantly increased activity.

“The big question is whether the black hole is entering a new phase — for example if the spigot has been turned up and the rate of gas falling down the black hole ‘drain’ has increased for an extended period — or whether we have just seen the fireworks from a few unusual blobs of gas falling in,” said Mark Morris, UCLA professor of physics and astronomy and the paper’s co-senior author.

The team has continued to observe the area and will try to settle that question based on what they see from new images.

► UCLA astronomers discussed the project in a Keck Observatory video

The new findings are based on observations of the black hole — which is called Sagittarius A*, or Sgr A* — during four nights in April and May at the Keck Observatory. The brightness surrounding the black hole always varies somewhat, but the scientists were stunned by the extreme variations in brightness during that timeframe, including their observations on May 13.

“The first image I saw that night, the black hole was so bright I initially mistook it for the star S0-2, because I had never seen Sagittarius A* that bright,” said UCLA research scientist Tuan Do, the study’s lead author. “But it quickly became clear the source had to be the black hole, which was really exciting.”

One hypothesis about the increased activity is that when a star called S0-2 made its closest approach to the black hole during the summer 2018, it launched a large quantity of gas that reached the black hole this year.

Another possibility involves a bizarre object known as G2, which is most likely a pair of binary stars, which made its closest approach to the black hole in 2014. It’s possible the black hole could have stripped off the outer layer of G2, Ghez said, which could help explain the increased brightness just outside the black hole.

Morris said another possibility is that the brightening corresponds to the demise of large asteroids that have been drawn in to the black hole.

No danger to Earth

The black hole is some 26,000 light-years away and poses no danger to our planet. Do said the radiation would have to be 10 billion times as bright as what the astronomers detected to affect life on Earth.

Astrophysical Journal Letters also published a second article by the researchers, describing speckle holography, the technique that enabled them to extract and use very faint information from 24 years of data they recorded from near the black hole.

Ghez’s research team reported July 25 in the journal Science the most comprehensive test of Einstein’s iconic general theory of relativity near the black hole. Their conclusion that Einstein’s theory passed the test and is correct, at least for now, was based on their study of S0-2 as it made a complete orbit around the black hole.

Ghez’s team studies more than 3,000 stars that orbit the supermassive black hole. Since 2004, the scientists have used a powerful technology that Ghez helped pioneer, called adaptive optics, which corrects the distorting effects of the Earth’s atmosphere in real time. But speckle holography enabled the researchers to improve the data from the decade before adaptive optics came into play. Reanalyzing data from those years helped the team conclude that they had not seen that level of brightness near the black hole in 24 years.

“It was like doing LASIK surgery on our early images,” Ghez said. “We collected the data to answer one question and serendipitously unveiled other exciting scientific discoveries that we didn’t anticipate.”