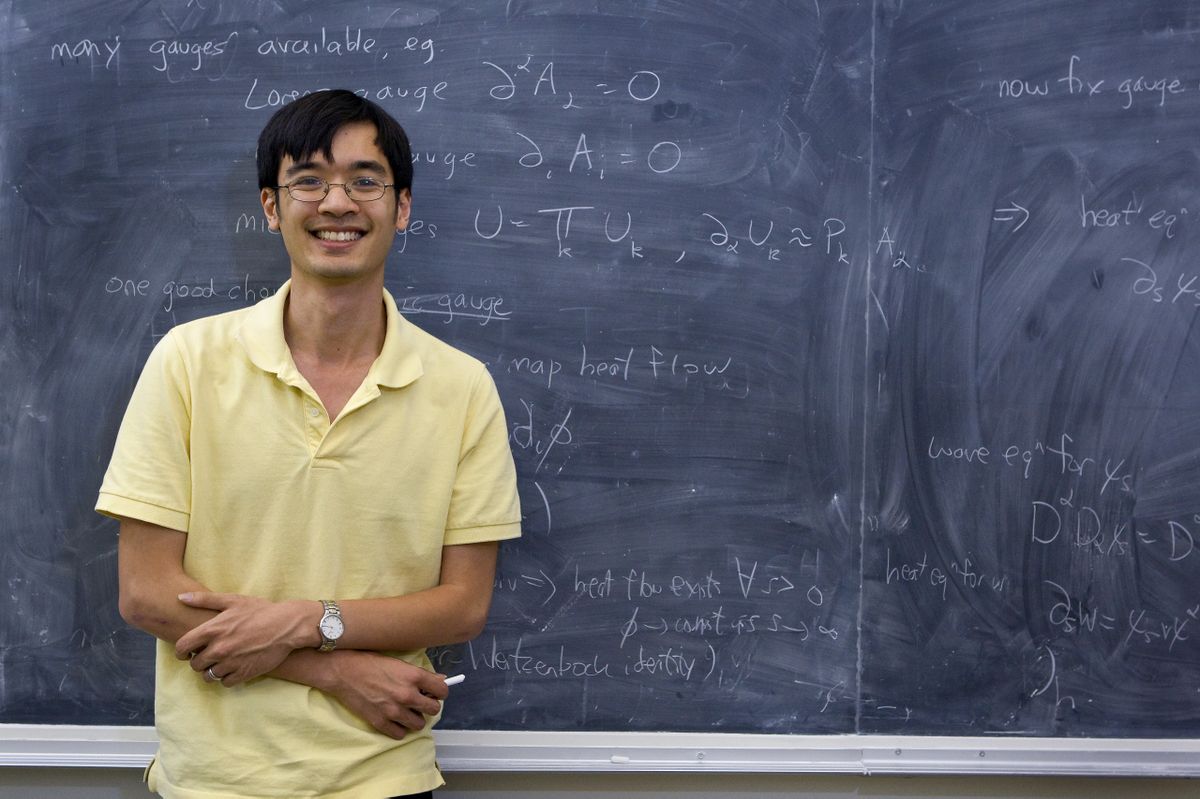 Terence Tao, professor of mathematics, who holds the James and Carol Collins Chair in the UCLA College, has been named by Carnegie Corporation of New York on its 2019 annual list of Great Immigrants — a salute to 38 naturalized citizens who “strengthen America’s economy, enrich our culture and communities, and invigorate our democracy through their lives, their work, and their examples.”

Tao became the first mathematics professor in UCLA history to be awarded the Fields Medal in 2006, often described as the “Nobel Prize in mathematics.” He has earned many other honors, including the National Science Foundation’s Alan T. Waterman Award, the Breakthrough Prize in Mathematics, Royal Society’s 2014 Royal Medal for physical sciences and the Royal Swedish Academy of Sciences’ Crafoord Prize. National Geographic magazine featured him in its “What makes a genius?” May 2017 issue.

Every Fourth of July since 2006, the Carnegie Corporation of New York has sponsored the public awareness initiative to commemorate the legacy of its founder, Scottish immigrant Andrew Carnegie, who believed strongly in both immigration and citizenship.

“As we celebrate these 38 extraordinary individuals, we are reminded of the legacy of our founder, Andrew Carnegie, who showed the country how immigrants contribute to the great, unfinished story that is America,” said Vartan Gregorian, president of Carnegie Corporation of New York.

Physical Sciences Dean Miguel García-Garibay has been elected a 2019 Fellow...
Scroll to top