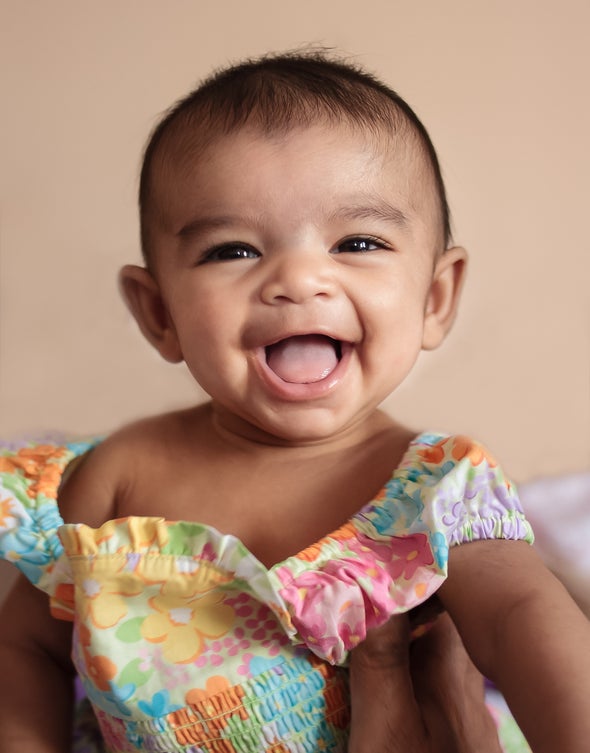 Most people can share a laugh with a total stranger. But there are subtle—and detectable—differences in our guffaws with friends.

Greg Bryant, a cognitive scientist at the University of California, Los Angeles, and his colleagues previously found that adults from 24 societies around the world can distinguish simultaneous “co-laughter” between friends from that between strangers. The findings suggested that this ability may be universally used to help read social interactions. So the researchers wondered: Can babies distinguish such laughter, too?

Bryant and his fellow researcher Athena Vouloumanos, a developmental psychologist at New York University, played recordings of co-laughter between pairs of either friends or strangers to 24 five-month-old infants in New York City. The babies listened longer to the laughs shared between buddies—suggesting they could tell the two types apart, according to a study published in March in Scientific Reports.

The researchers then showed the babies short videos of two people acting either like friends or strangers and paired those with the audio recordings. The babies stared for longer at clips paired with a mismatched recording—for example, if they saw friends interacting but heard strangers laughing.

“There’s something about co-laughter that is giving information to even a five-month-old about the social relationship between the individuals,” Bryant says. Exactly what components of laughter the infants are detecting remains to be seen, but prior work by Bryant’s team provides hints. Laughs between friends tend to include greater fluctuations in pitch and intensity, for example.

Such characteristics also distinguish spontaneous laughs from fake ones. Many scientists think unprompted laughter most likely evolved from play vocalizations, which are also produced by nonhuman primates, rodents and other mammals. Fake laughter probably emerged later in humans, along with the ability to produce a wide range of speech sounds. The researchers suggest that we may be sensitive to spontaneous laughter during development because of its long evolutionary history.

“It’s really cool to see how early infants are distinguishing between different forms of laughter,” says Adrienne Wood, a psychologist at the University of Virginia, who was not involved in the study. “Almost every waking moment is a social interaction for [babies], so it makes sense that they are becoming very attuned to their social worlds.”

This story originally appeared in the Scientific American.