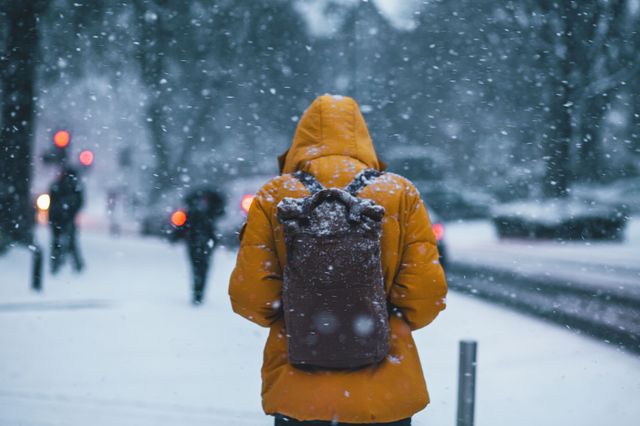 UCLA researchers and colleagues have designed a new device that creates electricity from falling snow. The first of its kind, this device is inexpensive, small, thin and flexible like a sheet of plastic.

“The device can work in remote areas because it provides its own power and does not need batteries,” said senior author Richard Kaner, who holds UCLA’s Dr. Myung Ki Hong Endowed Chair in Materials Innovation. “It’s a very clever device — a weather station that can tell you how much snow is falling, the direction the snow is falling, and the direction and speed of the wind.”

Findings about the device are published in the journal Nano Energy. 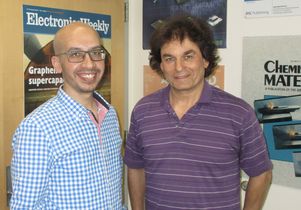 “Snow is already charged, so we thought, why not bring another material with the opposite charge and extract the charge to create electricity?” said co-author Maher El-Kady, a UCLA assistant researcher of chemistry and biochemistry.

“While snow likes to give up electrons, the performance of the device depends on the efficiency of the other material at extracting these electrons,” he added. “After testing a large number of materials including aluminum foils and Teflon, we found that silicone produces more charge than any other material.”

About 30 percent of the Earth’s surface is covered by snow each winter, during which time solar panels often fail to operate, El-Kady noted. The accumulation of snow reduces the amount of sunlight that reaches the solar array, limiting the panels’ power output and rendering them less effective. The new device could be integrated into solar panels to provide a continuous power supply when it snows, he said. 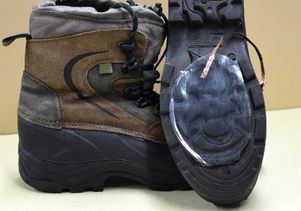 The device can be used for monitoring winter sports, such as skiing, to more precisely assess and improve an athlete’s performance when running, walking or jumping, Kaner said. It also has the potential for identifying the main movement patterns used in cross-country skiing, which cannot be detected with a smart watch.

It could usher in a new generation of self-powered wearable devices for tracking athletes and their performances.

It can also send signals, indicating whether a person is moving. It can tell when a person is walking, running, jumping or marching.

The research team used 3-D printing to design the device, which has a layer of silicone and an electrode to capture the charge. The team believes the device could be produced at low cost given “the ease of fabrication and the availability of silicone,” Kaner said. Silicone is widely used in industry, in products such as lubricants, electrical wire insulation and biomedical implants, and it now has the potential for energy harvesting.

Co-authors include Abdelsalam Ahmed, who conducted the research while completing his doctoral studies at the University of Toronto; Islam Hassan and Ravi Selvaganapathy of Canada’s McMaster University; and James Rusling of the University of Connecticut and his research team.

Kaner’s research was funded by Nanotech Energy, a company spun off from his research (Kaner is chair of its scientific advisory board and El-Kady is chief technology officer); and Kaner’s Dr. Myung Ki Hong Endowed Chair in Materials Innovation.

Kaner’s laboratory has produced numerous devices, including a membrane that separates oil from water and cleans up the debris left by oil fracking. Fracking is a technique to extract gas and oil from shale rock.

Kaner, El-Kady and colleagues designed a device in 2017 that can use solar energy to inexpensively and efficiently create and store energy, which could be used to power electronic devices and to create hydrogen fuel for eco-friendly cars. This year, they published research on their design of the first fire-retardant, self-extinguishing motion sensor and power generator, which could be embedded in shoes or clothing worn by firefighters and others who work in harsh environments.

Kaner is among the world’s most influential and highly cited scientific researchers. He was selected as the recipient of the American Institute of Chemists 2019 Chemical Pioneer Award, which honors chemists and chemical engineers who have made outstanding contributions that advance the science of chemistry or greatly impact the chemical profession. 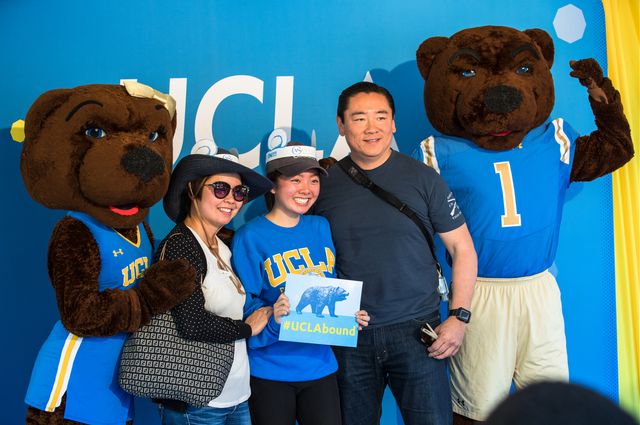 Josie and Joe Bruin welcome one of the newest Bruins.

Josie and Joe Bruin welcome one of the newest Bruins.

UCLA was transformed this past weekend, as about 14,000 people came to campus for Bruin Day, which offers a sample of what it might be like to become Bruins.

Everywhere on campus on April 13, there were sights and sounds that showcased the best of UCLA and campus life. The agenda included information fairs, 40 presentations, faculty lectures, campus tours and open houses of the residence halls. Admitted high school seniors and their families and supporters could learn about academic programs, financial aid, student activities, housing options, campus safety and more while getting a sense of the broad diversity of the student population.

Students ready to commit were able to formally submit their statements of intent to register and have their pictures taken with Joe and Josie Bruin. 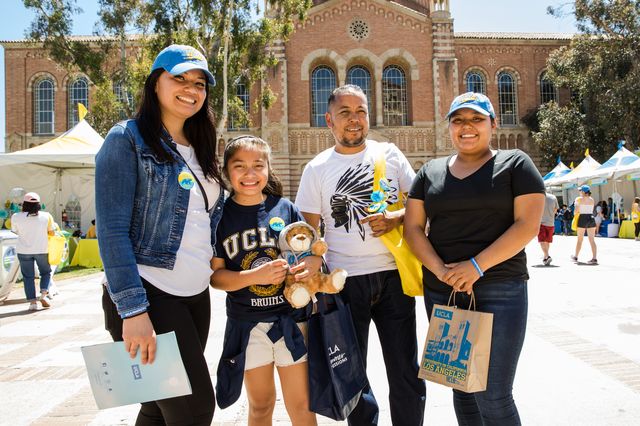 Dickson Plaza was a prime spot for families on Bruin Day.