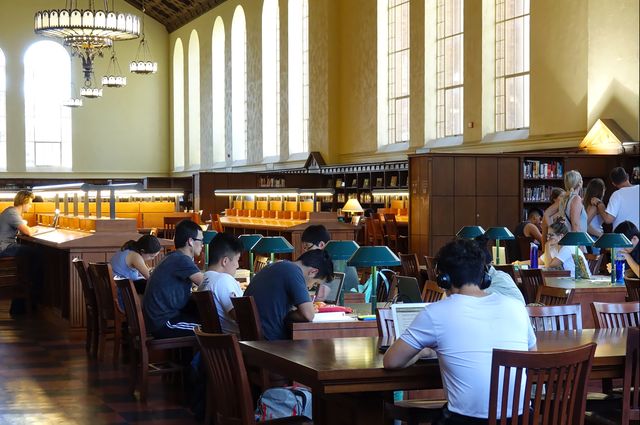 The gift will help the humanities division and philosophy department recruit and retain top faculty, and attract the most outstanding graduate students.

The UCLA College humanities division has received its largest ever gift — and one of the largest ever to any university philosophy department: $25 million in honor of two longtime UCLA faculty members.

Of the total, $20 million will support the philosophy department; the other $5 million will provide seed funding to create a planned $15 million endowment to provide financial support for graduate students in the humanities division.

Jordan Kaplan, his wife, Christine, and Jordan’s longtime business partner, Ken Panzer, made the gift in honor of Jordan’s parents, Renée and David Kaplan — each of whom has been a member of the UCLA faculty for almost 60 years — and to recognize his father’s contributions to the study of philosophy.

In recognition of the gift, UCLA’s Humanities Building will be renamed Renée and David Kaplan Hall.

“This extraordinary gift signals a new era for the humanities at UCLA and, in particular, for philosophy,” said UCLA Chancellor Gene Block. “It’s more important than ever to instill in our students the philosophical perspective that helps make sense of today’s complex societal challenges.”

Jordan Kaplan is the CEO and president of Douglas Emmett Inc., a real estate investment trust. David Kaplan is a renowned scholar of philosophical logic and the philosophy of language, and Renée Kaplan was a clinical professor of psychology and the director of training at UCLA Student Psychological Services. Both Renée and David earned doctorates at UCLA.

“We are proud to participate in UCLA’s Centennial Campaign and be able to meaningfully support Humanities and Philosophy, areas of study that we feel are particularly important now to the health of our modern society,” Jordan Kaplan said. “Our hope is that this gift will encourage others to recognize the importance of these departments and join us in providing them with very much needed support.”

The gift, the second largest made to the UCLA College during the ongoing Centennial Campaign for UCLA, comes two years after Renée, David, Jordan and Christine Kaplan donated funds to establish the Presidential Professor of Philosophy endowed chair.

The new gift will help the humanities division and philosophy department recruit and retain top faculty, and attract the most outstanding graduate students.

“We are deeply grateful for this inspirational gift from Christine and Jordan Kaplan and Ken Panzer,” said Scott Waugh, UCLA’s executive vice chancellor and provost. “It demonstrates not only their commitment to advancing the excellence of the humanities and our study of philosophy, but also their confidence in UCLA’s academic mission as we enter our second century.”

The study of philosophy has been a cornerstone of the humanities at UCLA since the campus’ founding in 1919; an endowed chair in philosophy that was established in 1928 was the first in UCLA’s history. Among the department’s current faculty are recipients of Mellon and Guggenheim fellowships and National Science Foundation grants, and members of the American Academy of Arts and Sciences and the American Council of Learned Societies. UCLA doctoral graduates in philosophy have gone on to teach at the most preeminent universities around the world.

“This gift will help make our department of philosophy the bellwether for departments of its kind around the world,” said David Schaberg, dean of the humanities division. “Especially valuable is the opportunity to build a $15 million endowment for graduate students in the humanities on the basis of the generous matching fund the gift creates.”

Professor Seana Shiffrin, chair of the philosophy department, said the gift will be transformative for the future of the department.

“Philosophical issues touch on every aspect of life — including issues about what sort of creatures we are and could become, what we can know of ourselves and others, how we should treat one another, whether we are capable of forming a better society and what that would look like, and the significance of our mortality,” she said. “A philosophy education introduces students to captivating ideas and perennial questions while imparting crucial skills of analysis, argumentation, clarity, and precision.

“In its capacity both to stimulate and to discipline the imagination, training in philosophy empowers students to enter any career, while enriching their entire lives by opening up new avenues of thought and fresh possibilities for living.”

The gift is part of the UCLA Centennial Campaign, which is scheduled to conclude in December 2019, during UCLA’s 100th anniversary year.