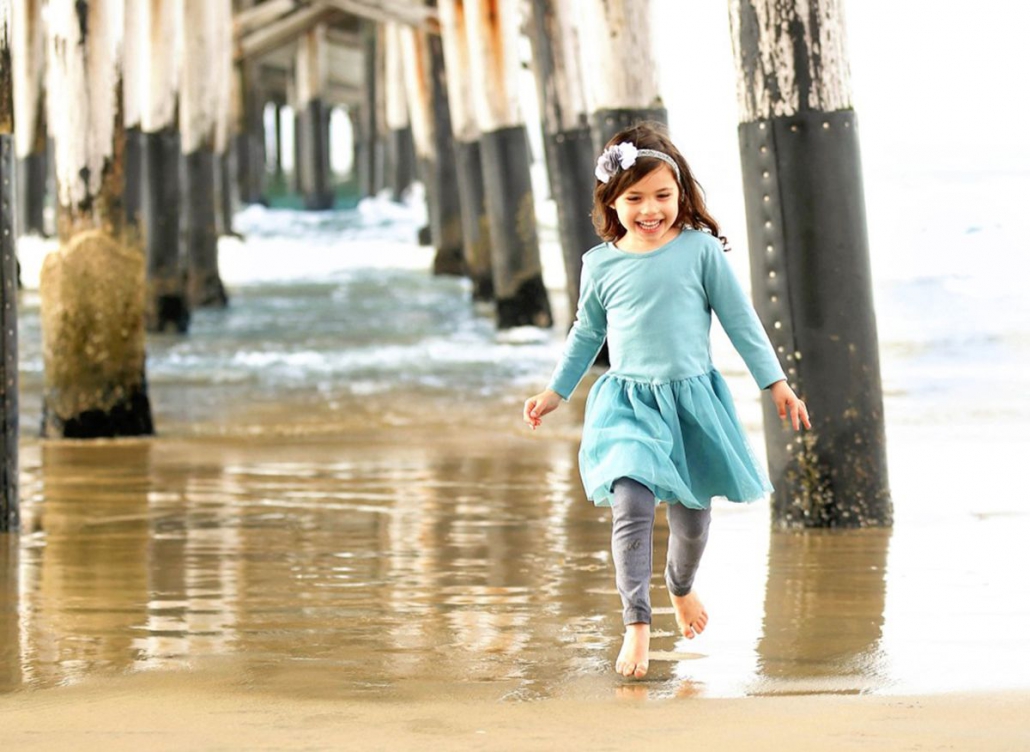 Evangelina Vaccaro playing beneath pier at the beach

Over a decade ago, UCLA physician-scientists began using a pioneering gene therapy they developed to treat children born with a rare and deadly immune system disorder. They now report that the effects of the therapy appear to be long-lasting, with 90% of patients who received the treatment eight to 11 years ago still disease-free.

ADA-SCID, or adenosine deaminase–deficient severe combined immunodeficiency, is caused by mutations in the gene that creates the ADA enzyme, which is essential to a functioning immune system. For babies with the disease, exposure to everyday germs can be fatal, and if untreated, most will die within the first two years of life.

In the gene therapy approach detailed in the new paper, Dr. Donald Kohn of UCLA and his colleagues removed blood-forming stem cells from each child’s bone marrow, then used a specially modified virus, originally isolated from mice, to guide healthy copies of the ADA gene into the stem cells’ DNA. Finally, they transplanted the cells back into the children’s bone marrow. The therapy, when successful, prompts the body to produce a continuous supply of healthy immune cells capable of fighting infections. Because the transplanted stem cells are the baby’s own, there is no risk of rejection.

Kohn and his team report in the journal Blood that of the 10 children who received the one-time treatment between 2009 and 2012 as part of a phase 2 clinical trial, nine have continued to remain stable. The study follows a 2017 paper, also published in Blood, on the initial success of the treatment in those nine children.

“What we saw in the first few years was that this therapy worked, and now we’re able to say that it not only works, but it works for more than 10 years,” said Kohn, senior author of the study and a member of the Eli and Edythe Broad Center of Regenerative Medicine and Stem Cell Research at UCLA. “We hope someday we’ll be able to say that these results last for 80 years.”

While not yet approved by the Food and Drug Administration, gene therapy for ADA-SCID represents a potentially life-changing option for children who otherwise must undergo twice-weekly injections of the ADA enzyme — an expensive and time-consuming treatment — or find a matched bone marrow donor who can provide a transplant of healthy stem cells.

10 years after: Assessing and refining gene therapy for ADA-SCID

Of the 10 children who received the therapy between 2009 and 2012, most were babies; the one older child, who was 15 at the time, was the only participant whose immune function was not restored by the treatment, suggesting the therapy is most effective in younger children, Kohn said.

The other nine children were successfully treated and have remained healthy enough that none have needed enzyme replacement or a bone marrow transplant to support their immune systems in the years since.

However, the researchers did find significant immune system differences among the successfully treated children roughly a decade on. In particular, they observed that some had a nearly hundred times more blood-forming stem cells containing the corrected ADA gene than others, as well as more copies of the gene in each cell.

Those with more copies of the ADA gene in more cells had the best immune function, Kohn noted, while some of those with lower levels of the gene replacement required regular infusions of immunoglobulins, a type of immune protein, to keep their systems fully functional. More work is needed, he said, to understand the best way of achieving high levels of the gene in all patients.

“What these results tell us is that there’s a formula for optimal success for ADA-SCID, and it involves correcting more than 5 to 10% of each patient’s blood-forming stem cells,” said Kohn, who is also a distinguished professor of microbiology, immunology and molecular genetics and a member of the California NanoSystems Institute at UCLA. “The relationship between the levels of gene-corrected cells and immune system function has never been shown so clearly before.”

The researchers also found that in some children’s stem cells, the treatment disturbed genes involved in cell growth — a phenomenon seen in other studies of similar gene therapies. While over time this could potentially lead to the improper activation of the growth genes, turning the cells cancerous, Kohn noted that none of the patients in the clinical trial had this problem.

Still, that safety concern is one of the reasons Kohn and his colleagues are developing a new ADA-SCID gene therapy using a different type of virus to deliver the corrected ADA gene that is much less likely to affect growth genes. This newer approach successfully treated 48 of 50 babies who received the therapy in clinical trials at UCLA, University College London and the National Institutes of Health. And while the approach used a decade ago may no longer remain the top candidate for FDA approval going forward, Kohn says its enduring success is encouraging for the field in general.

“Knowing that a gene therapy can have this lasting effect in ADA-SCID for more than a decade is important for our path forward as we develop new gene therapies for this and other diseases,” he said.

The research was supported by an FDA Office of Orphan Products Development award, the National Gene Vector Biorepository, the National Human Genome Research Institute intramural program, the National Institutes of Health Clinical Center and the California Institute for Regenerative Medicine.

Crowning 60 Years of Support and Advocacy

Reconstructing What Was
Scroll to top