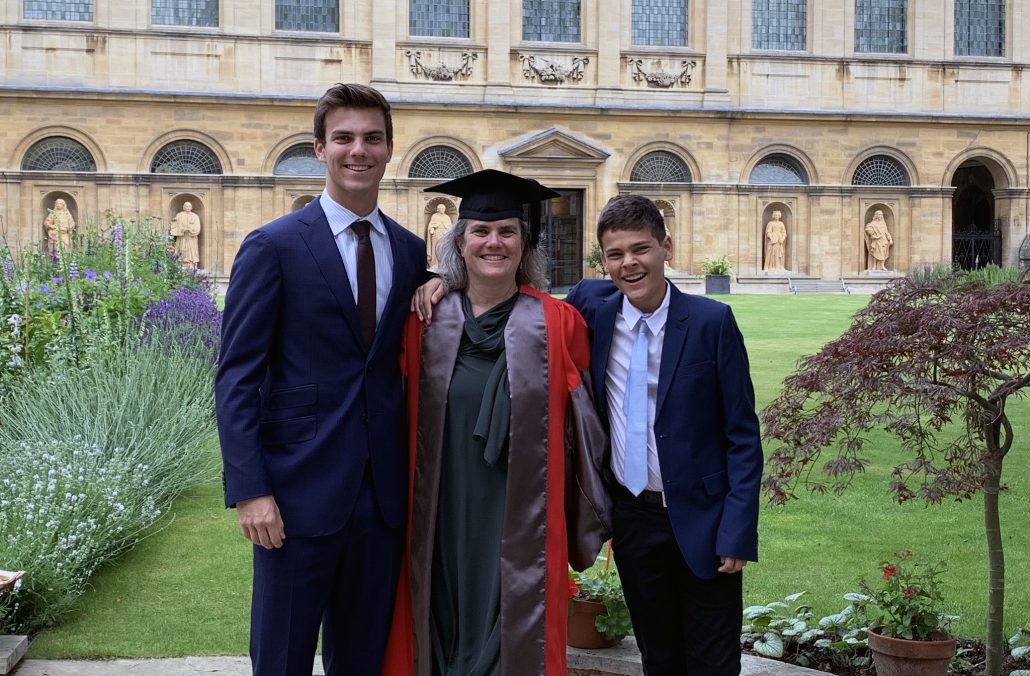 UCLA’s Andrea Ghez with her sons at Oxford University.

Andrea Ghez, distinguished professor of physics and astronomy and director of UCLA’s Galactic Center Group, was awarded an honorary degree today from Oxford University during its annual Encaenia ceremony.

Ghez demonstrated the existence of a supermassive black hole at the center of our galaxy, with a mass 4 million times that of our sun. Her work provided the best evidence yet that these exotic objects really do exist, providing an opportunity to study the fundamental laws of physics in the extreme environment near a black hole, and learn what role this black hole has played in the formation and evolution of our galaxy.

Ghez, who is the Lauren B. Leichtman & Arthur E. Levine Chair in Astrophysics, earned her bachelor’s degree in physics from MIT in 1987 and her doctorate from Caltech in 1992, and has been on the faculty at UCLA since 1994.

This article was originally published on the UCLA Newsroom.

Chancellor’s Award for Community-Engaged Research to develop courses that...