Three young UCLA professors have been named recipients of 2019 Sloan Research Fellowships. The fellowships, which were announced today, were awarded to 126 scientists and scholars from 57 colleges and universities in the United States and Canada.

“Sloan Research Fellows are the best young scientists working today,” said Adam Falk, president of the Alfred P. Sloan Foundation. “Sloan Fellows stand out for their creativity, for their hard work, for the importance of the issues they tackle and the energy and innovation with which they tackle them. To be a Sloan Fellow is to be in the vanguard of 21st-century science.”

Winners of Sloan Research Fellowships receive a two-year, $70,000 award to support their research. The fellowships are intended to enhance the careers of exceptional young scientists and scholars in chemistry, computer science, economics, mathematics, computational and evolutionary molecular biology, neuroscience, ocean sciences and physics. 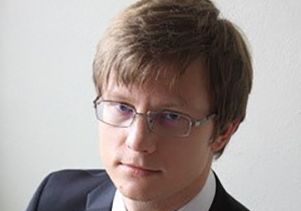 Chetverikov, an assistant professor of economics at UCLA since 2013, studies econometrics, an area of economics that focuses on the use of mathematical and statistical methods to describe economic systems. His recent research includes work on high-dimensional models, shape restrictions and applications of empirical process theory in econometrics. He has been published in Econometrica, the Annals of Statistics, and the Annals of Probability. He is also the recipient of a 2016 grant from the National Science Foundation; and the MIT Presidential Fellowship in 2008. He received his doctorate in economics from the Massachusetts Institute of Technology in 2013 and his master’s from the New Economic School in Moscow in 2007. 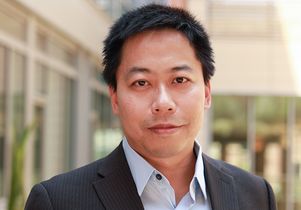 Hu, an assistant professor of mechanical and aerospace engineering, studies nanoscale transport processes and advanced materials for research into energy and micro/nanoscale sensor systems. His group’s discovery of the world’s most efficient semiconductor material for thermal management was featured in the Aug. 10, 2018 issue of the journal Science. His research has been recognized with a National Science Foundation’s CAREER Award, U.S. Air Force Young Investigator Award, and the American Chemical Society’s Doctoral New Investigator Award. Hu and colleagues also received a UCLA Sustainable LA Grand Challenge grant, a program made possible by the Anthony and Jeanne Pritzker Family Foundation. Hu joined the UCLA Samueli School of Engineering in 2014. Prior to UCLA, he was a Battelle postdoctoral fellow at MIT and earned his doctorate from Harvard University. 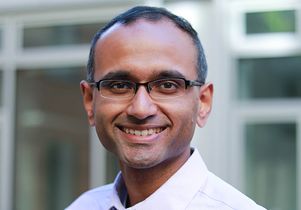 Raman, an assistant professor of materials science and engineering, investigates how to control light and heat at the nanoscale. His laboratory brings together a multi-disciplinary computational and experimental perspective to design, fabricate and study metamaterials and new complex optical materials that can shape, absorb and emit light in highly unusual and useful ways over a broad range of wavelengths. Raman and his team are strongly motivated by climate change and the need for new energy technologies that better harness the light and heat around us. He has pioneered the development of radiative sky cooling as a new energy technology, showing how a natural phenomenon in which heat dissipates into the sky and space can, among other things, cool buildings without using electricity, and also generate electricity at night. In 2018, Raman gave a widely viewed TED talk on his research. His honors include being named to MIT Technology Review’s annual Innovators Under 35 list. He is a recipient of the Sir James Lougheed Award of Distinction from the Government of Alberta, Canada; the SPIE Green Photonics Award; and the inaugural Nelson “Buck” Robinson Science and Technology Award for Renewable Energy from the Materials Research Society. Raman is also the co-founder and chief scientific officer of SkyCool Systems, a startup company based on his radiative sky cooling research.

41 UCLA scientists among world’s most influential scholars, based on cita...
Scroll to top