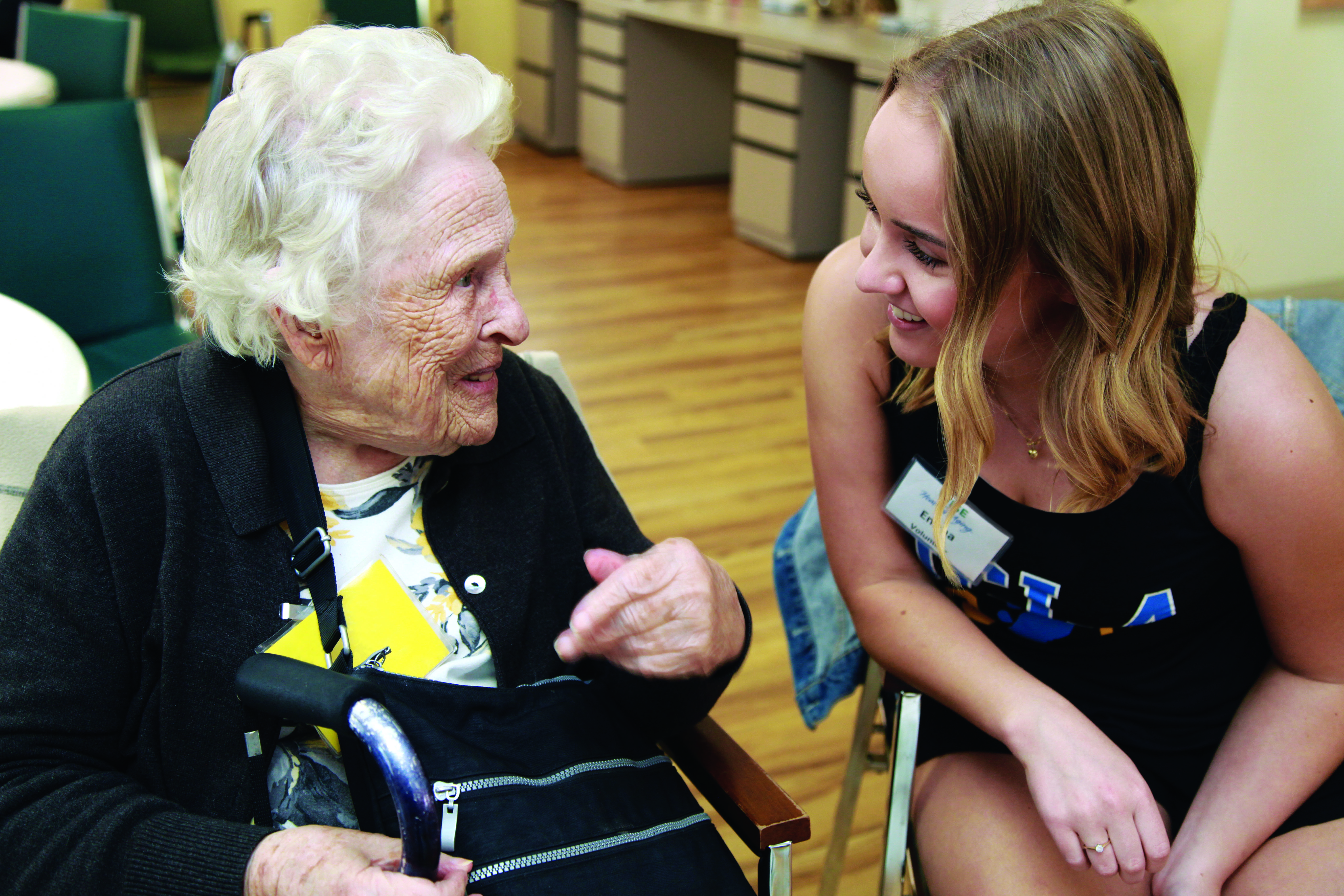 One of the first tasks freshman Suzannah Henderson was assigned in the course “Frontiers in Human Aging” called for her to reflect on ageism in America and the negative stereotypes about older adults that are everywhere, from the grumpy old man portrayed on TV to birthday cards that poke fun at dotty old folks.

For Henderson, who had not thought about ageism before, reflection turned into revelation. “I didn’t even know ageism was a thing, but I learned that it is,” said Henderson, who completed the yearlong course in June. “It was eye-opening, and that was just the beginning.”

“Frontiers in Human Aging” is one of 10 cluster courses offered to freshmen that are interdisciplinary, explore major issues of timely importance and are taught by teams of three or four distinguished faculty members.

Faculty from across campus

While many instructors are brought in as guest lecturers to cover the vast scope of disciplinary approaches to the study of aging, the course’s three core UCLA faculty members have connections to the UCLA Fielding School of Public Health, the UCLA Luskin School of Public Affairs and the UCLA David Geffen School of Medicine: Paul Hsu, adjunct assistant professor in epidemiology; Lené Levy-Storms, associate professor of social welfare and geriatrics; and Rita Effros, a professor of pathology and laboratory medicine who specializes in immunology.

“Our goal is to convey to students the concept of aging as a lifelong phenomenon, and to show students that there are multiple dimensions to the aging process, which is inherently interdisciplinary,” Levy-Storms said.

Students learn that there are positive aspects of aging, for example, the wisdom that comes with experience and the increased time older age affords to giving back to society, she said. The first-year students also gain a fuller appreciation of their elders through an assignment in which they are required to interview someone about his or her life.

“The students tend to forget that older adults were once young,” Levy-Storms said, “or that they will one day be old too.”

Students also learn about aging at the cellular level, including what is known and being investigated about the biological aging processes and the potential to manipulate them for better health. Issues are raised about how gender, race, ethnicity and social environment interact with aging. Ethical questions, economic concerns and intergenerational dynamics are explored. Students delve into aging-relevant policy, from Medicare to the implications of the Affordable Care Act for older adults. Psychological and social elements of aging are discussed, as are the differences among chronological, social and functional age. They find out about successful approaches to remaining mentally, socially and physically engaged later in life.

Hsu noted that nearly all of these discussions are guided by public health concepts, including the importance of prevention and health promotion and the role public health has had in the last century in increasing life expectancy in the U.S. by more than 30 years. “Many students haven’t really heard about public health before,” Hsu said. “I try to introduce them to what it means to treat populations as opposed to individuals, including promoting immunizations and other strategies, as opposed to waiting for people to get sick.”

Students also spend meaningful time interacting with older adults in the winter quarter through a five-week service-learning experience in which they are placed in agencies that serve elders, such as senior centers, assisted-living facilities and adult day care centers. The students keep journals where they reflect on their experiences and link them with classroom and book concepts.

The lessons can be poignant. Henderson spent her service-learning time at a senior living community, interacting with residents who have dementia. She found herself bonding with one older man who reminded her of her grandfather.

“He was a kind, soft-spoken person who would be reading his Bible when I came in,” Henderson said. “He was always eager to participate in conversation. He would talk about how he had done track and field when he was younger and how much he loved physical activity.”

But Henderson learned that people with dementia commonly experience ups and downs in their cognitive and physical functioning. “One day I came in, and he wasn’t doing well at all,” she recalled. “He tried to stand up after lunch, and his knees buckled and he almost fell. It broke my heart to see someone I had really connected with struggling like that.”

“They are more than just grandparents; they are individuals with a wealth of knowledge, wisdom and life experiences to share.” – Freshman Suzannah Henderson

Nonetheless, Henderson came away from her year in the “Frontiers in Human Aging” cluster energized, to the point that she is now contemplating enrolling in UCLA’s gerontology interdisciplinary minor and ultimately pursuing a career working with older adults.

“When I was younger I really didn’t think about these things, but in college your perspective broadens, and you begin to become more analytical about the world,” she said. “Now I see older people and realize they are more than just grandparents; they are individuals with a wealth of knowledge, wisdom and life experiences to share.”

Levy-Storms said one of the unstated goals of the yearlong cluster course is that it will lead more students like Henderson to become interested in careers working with older adults or on elder-related issues. “There is such a need and so many opportunities, whether it’s in public health, medicine, law, policy or any other field you can think of,” she said.

The students aren’t the only ones who come away from “Frontiers in Human Aging” feeling energized. “You don’t typically encounter 18-year-olds who are interested in gerontology,” Hsu observed. “To see it in these students is inspiring.” 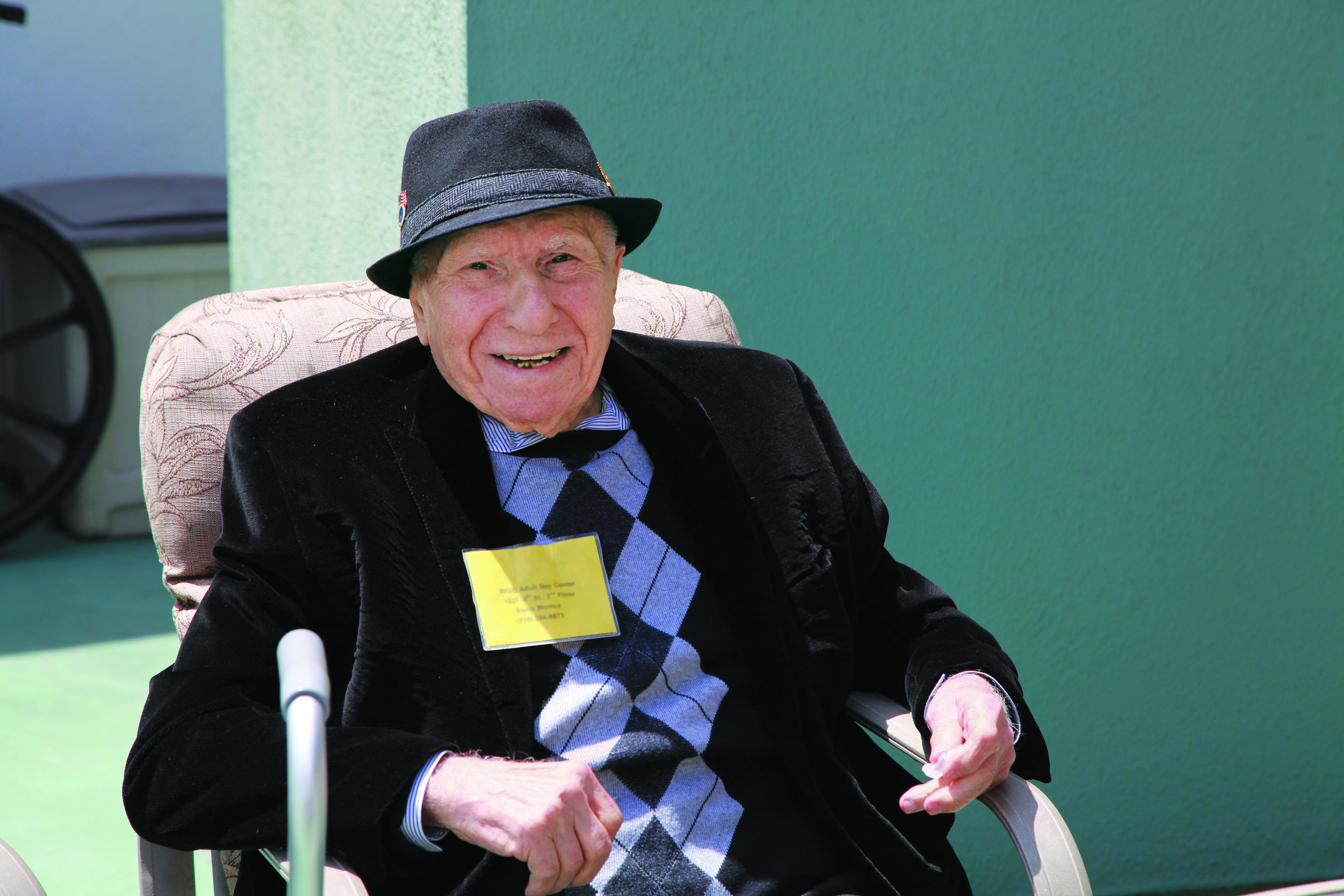 UCLA freshmen are learning about aging and older adults in the classroom and from the elders themselves.

UCLA researchers determine the structure of a toxin that kills malaria-carrying...

Mapping the costs of incarceration in Los Angeles
Scroll to top